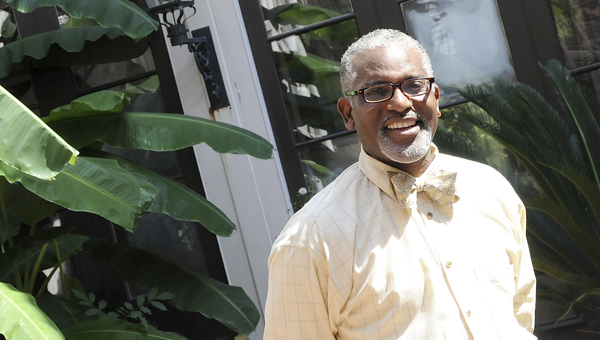 The St. James Hotel not only has a new company managing its operations, it has a new general manager at the helm.

Attracted by the prestige and beauty of the historic St. James Hotel, Atlanta-native Darryl Carter accepted the general manager job around mid-August.

Carter said Selma Mayor George Evans’ vision of the Water Avenue hotel flourishing presented him with a tempting challenge. He wants to make that vision a reality.

“It’s been neglected over the years as far as maybe not putting much attention and time and effort into it,” Carter said. “We want to restore the historic St. James Hotel to its former glory.”

He also said the St. James would reopen its in-house restaurant.

After more than 20 years of managing hotels, Carter feels the St. James Hotel’s small property size and intimacy helps make it more manageable than most hotels.

“I can get to know, not only my staff and guests, but connect with the city,” Carter said. “It was just a great fit for me to come here and be a part of this. I knew I could make a difference as far as revenue in this place.”

Carter said he always attempts to inspire, encourage and uplift in his personal and business life.

“If I can advance them to a different life in doing that, that’s my philosophy in life,” he said. “I want to allow people to become the best they can be.”

Republican majority has been bad for Alabama

Last week, Speaker Mike Hubbard promised that the Republicans would be “bolder” if they kept the supermajority after the election.... read more