The Dart: Singing is an answer to woman’s prayers 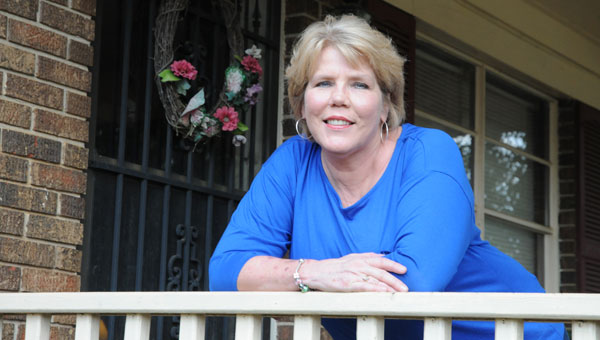 Valley Grande native Donna Cleveland will rejoin the Fair Haven Baptist Church’s choir for the first time in two years Aug. 30, after the injuries from tragic car wreck stopped her from singing.

Demopolis resident Cleveland said she was headed to Georgia in February 2012 to visit family, when it began sleeting and snowing.

Cleveland said she was traveling on the interstate, listening to music her choir had planned to perform for an upcoming Sunday service when the car hydroplaned, flipped three times and hit the guard rails.

Responders had to cut apart her car to lift her out, she said.

Doctors told her she has Post Concussion Syndrome, a form of head trauma that causes pain when she listens to loud music, makes it difficult to remember lyrics and has altered her vision.

“When I finally came to, I thought I was dead,” Cleveland. “I could hear my music just playing, ‘Lord be with me.’ It was God’s hand in that car.”

As a result of the accident, she hasn’t performed publicly since the accident and rarely has practiced privately, but she is going to back to her Demopolis church Tuesday to perform with the Fair Haven Baptist Church choir group.

Cleveland said she is nervous about Sunday’s performance, but she will continue to call on God to ease her nerves.

“When you’re out of something for so long, you get a little nervous coming back, Cleveland said. “I’ve been praying about it.”

The Selma City Council could soon approve the transfer of an off-premises liquor license to the new owner of a... read more