Selma’s 2015 fiscal year could be chock-full of construction.

Two of the city’s largest projects — the Riverfront Amphitheater and Water Avenue redevelopment — are frequently discussed among city officials, but make up a small part of the 40 different projects planned by Selma’s Office of Planning and Development. 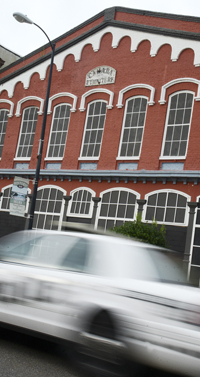 In preparation for final budget approval, the city council and Selma Mayor George Evans received a list of proposed projects last week from the development office.

A few of the projects on the list, such as the Riverfront Amphitheater, have been carried over from previous years, Benderson said.

If all projects are approved, Evans said the city would look significantly different.

“The quality of life will definitely be changed,” Evans said. “By no means can we say all of the projects are going to be done point bank. We will ultimately have to prioritize which ones are the most immediate.”

One of the other projects on the list is the Cahaba Façade Park, located just north of the Broad Street and Water Avenue intersection. The area is currently covered by a large wooden slab, painted to look like a building, but Benderson says the city plans to turn the area into a park.

The list also includes the repair of three city owned houses. A house at 1209 Lapsley Street has frequently been considered for a police precinct, according to Evans.

But many of the projects may require little to no city funds, Benderson said. For example, last year, the city purchased several bicycles for visitors to rent at the St. James.

“That’s one thing that won’t require a whole lot of money and would make it easy for tourist to sightsee,” Evans said. “We are, right now, putting together the plan for the trail.”

Evans said the council ultimately has control over which projects are included and which are left out, but the city’s fiscal year 2015 budget would largely remain identical to previous years. The 2014 budget topped out at just under $16.5 million.

“It may not be identical, but it’ll be somewhere in that neighborhood,” he said.

As other departments present capital project lists and equipment needs, he said some of the planning and development projects could be left out.

“We have to decide what we have funding for,” he said. “In terms of priority, we’ll have to look at what’s most important for the use of the city. Is it something that only benefits that department or the city as a whole?”