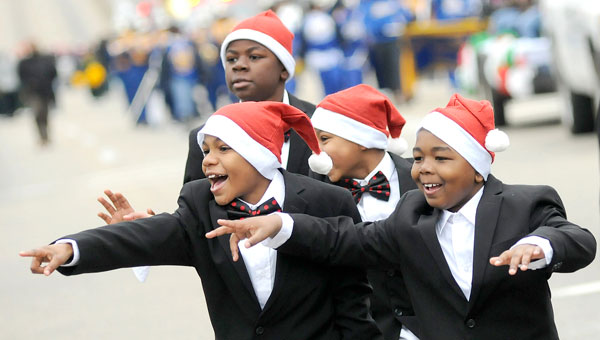 Organizers are asking community members to help them select the theme for the city’s annual Christmas parade. (Jay Sowers | Times-Journal)

Santa’s annual trip down Broad Street is months away, but organizers of the city’s Christmas parade are already seeking input from the public to make sure this year’s parade is another special occasion for all.

For the first time ever, organizers are asking community members to help them select the theme for the parade.

“We are hoping to get some new ideas from people,” said Shebra Kidd, director of the Downtown Selma Association, who also serves on the parade organizing committee. “We have always done the planning ourselves, and we just thought that if we put part of the process out there for the public to do, that maybe we’d get something different that we haven’t thought of before.”

In years past, themes for the parade have included Winter Wonderland, a Storybook Christmas and Red, White and Blue and Santa, Too.

Sheryl Smedley, executive director of the Selma and Dallas County Chamber of Commerce, said she has heard a lot of support for the idea since she presented it to Selma Mayor George Evans during a planning meeting earlier this summer.

“I wanted to get the public engaged, and we are always looking for ways to make the event big, better and more community—oriented,” Smedley said. “This event is for the community, so I want as much public input as we can get.”

Smedley said members of the public are welcomed to submit ideas to her at the chamber’s office, located at 912 Selma Ave., between now and the middle of September.

After committee members pick their five favorite potential themes, Smedley said the public would get to choose in a vote on the chamber’s Facebook page that would conclude in late September.

“We want to involve people as much as we can in this process,” Smedley said. “And I hope this process gets more people interested in the parade.”

Smedley said the person who submits the winning theme would serve as an honored guest during the parade, which takes place on the first Saturday in December every year.

Evans said he hopes the contest increases public interest in the annual parade.

“We hope to have tremendous participation for this year’s parade, like we’ve always had,” Evans said. “The parade gets bigger and better every year, and I don’t see why this year’s parade will be any different.”