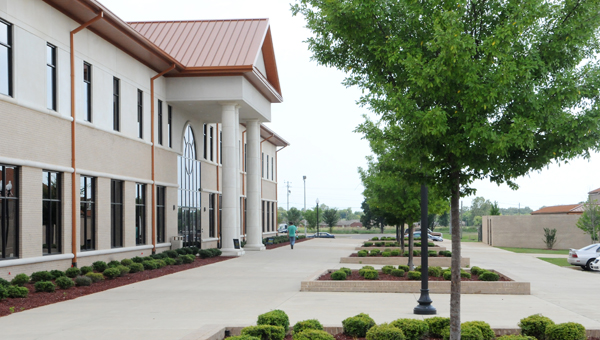 Branching Out: WCCS is currently in the midst of adding a new campus to the Autauga County area. (Josh Bergeron | times-Journal)

With millions of dollars spent for new construction in James Mitchell’s 14-year tenure as Wallace Community College Selma’s president, the school is looking outside of Dallas County for its next major expansion.

He said the property is particularly attractive because it already contains three buildings that would only require renovation before faculty and students begin moving in.

“We are primarily looking at places with existing buildings, strictly from a standpoint of reducing the cost,” Mitchell said. “Right now we are in the process of getting some land appraised. We have to have the approval of the chancellor and the state board of education before we could proceed.”

Mitchell said a primary reason behind the expansion is to offer more than just a few classes to Autauga County residents.

“We’ve had some community leaders and other community groups that have come to us, wanting us to open a campus,” he said. “People in that community see a need.”

He said a portion of WCCS’ students travel to Selma from surrounding areas, including Autauga County. A satellite campus could help students drive shorter distances to attend classes, he said.

Mitchell also said the programs and offerings at the satellite campus would not be identical to WCCS.

“We wouldn’t just replicate every program in Selma,” Mitchell said. “That’s why we have been meeting with community groups. I’m sure to some extent there will be some duplication.”

He said the campus would like be called Wallace Community College Selma River Region Campus. Mitchell would continue to be president of the Selma campus but also have authority over the River Region campus.

Though Mitchell’s estimate for the start of classes at a satellite campus is one to one and a half years away, WCCS already has a presence in Autauga County.

“The satellite campus would be here in Autauga County,” he said. “It builds our economy and builds our tax base. To me, this is just a tip of the iceberg for what is to come.”

Mitchell compared the dual enrollment at Prattville High School to a trial run of the satellite campus.

“You have to test the water and make sure its something that’s doable and viable,” Mitchell said.

Prattville mayor Bill Gillespie spoke positively about the potential for a satellite campus in his area.

“With this quality of education center coming to the River Region, it’s going to be very beneficial to all of the feeder schools in the area,” Gillespie said. “Since [the students] will be in this area longer, hopefully they will be giving back to the community in one way or another. I think it’s just a win-win for the whole community.”

WCCS isn’t ready to begin its expansion just yet. Aside from securing a site, Mitchell said faculty and staff members would have to be hired.

It’s time for Uniontown to do the right thing

On Monday, Aug. 4, the Uniontown city council will hear formal presentations from two engineering firms regarding how the city... read more