First Baptist Church on Lauderdale Street was packed with guests Friday as Donald Coffee Sr.’s friends and family came to pay their respect.

Donald died Wednesday at the age of 81.

“He treated people like God wanted him to treat people,” said Peggy, Coffee’s wife of 57 years. “He loved and respected people.” 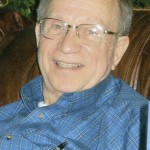 Donald owned his family business Coffee Printing Company from 1981 until it closed in 2007.

“He enjoyed his work, but it wasn’t to make money,” Peggy said. “It was to serve the people of Selma and Dallas County.”

Peggy smiled as she recalled the moment she saw Donald for the first time at the Coffee Printing Company. Peggy said God told her then she would marry Donald.

About two weeks later, she saw Donald at church and a friend introduced the two.

They started dating that night and were engaged two weeks later.

Five months later Peggy’s prayers for a new husband, which she made since she was 15-years-old, had been answered, when they married in 1957.

“We met and lived happily ever after, but it was because he did put God first,” Peggy said. “He was the same day in and day out.”

Grant chuckled as she recalled some of her fondest, comical memories of her father, like the time he dressed up like a tooth fairy with a flowing white hair, white drape and silver wand topped with a gleaming star.

“He was a good daddy,” Grant said. “He was a lot of fun. He was always laughing and had a smile for everybody.”

Donald was dedicated to the First Baptist Church, serving in nearly every position they offered, including greeter and deacon. Over the years, he joined various church committees.

Donald joined the Rotary Club of Selma in about 1975. As the club’s historian, he collected information about the group over the years.

When he left the group around 2006, Coffee passed on the countless historical Rotary Club of Selma items and information on to current club president Bob Kelley.

“Donnie was just a pleasure,” Kelley said. “I knew that if I was feeling down, I could go see Donnie.”

Uniontown to hand out school supplies

A great need will be filled Saturday in Uniontown. Uniontown Mayor Jamaal Hunter said the city has partnered with the... read more