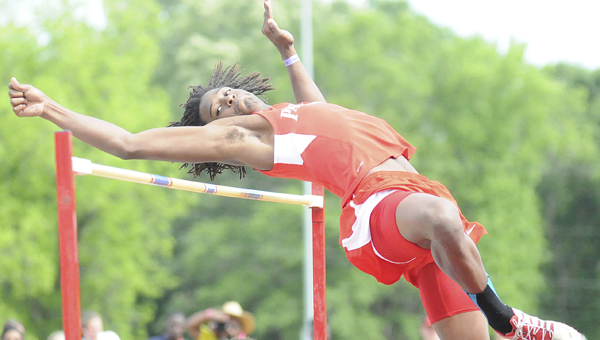 Selma has hosted the Alabama High School Athletic Association’s state track meet the last three years, but now the competition is racing on to a new location.

The AHSAA’s Central Board of Control approved Cullman Wednesday as the host site for the Class 1A-3A state track meet and Gulf Shores as the 4A-7A meet, leaving Selma on the outside looking in for the first time since 2011.

“I’m appreciative that we had three years to have the track meet in Selma and in three years we might have the opportunity again,” Selma Mayor George Evans said.

The City of Selma put in a bid to host the track meet again this upcoming year, but Evans said for whatever reason Cullman’s was better this time around. He said going in the city knew it probably had to improve in some areas where it had come up short in recent years.

“We knew that there were some little things that we had to tweak in order to ensure the hospitality was what it should have been,” Evans said. “It would have been very expensive for us to do that. The city put in more money than we ever got back, but we wanted to host it.”

Each year, with more than 190 schools eligible to participate in the track meet, it drew more than a 1,000 athletes and coaches and in excess of 5,000 spectators.

Even with all of the visitors coming into town, Evans said the city’s tax revenue did not reflect any significant financial gain in three years of hosting the state track meet, but that the city still wanted to host it for tourism and other reasons.

“The tax revenue did not detect any tremendous gain after the track meet [compared] to when we didn’t have the track meet,” Evans said. “You anticipate that you will get so much tax revenue because of people staying in hotels and restaurant expense, but it does not reflect that in our records. Even with that we still wanted to host it.”

Ahead of Memorial Stadium hosting the first track meet in 2012, the city of Selma spent thousands in much-needed upgrades to the stadium to make it more attractive to state athletic officials.

Repairs and upgrades included resurfacing the track, renovating the bathrooms and press box and painting.

The money, which came from the 2009 $12 million bond issue, also included repairs and upgrades to neighboring Bloch Park, which also hosted some parts of the annual state track meet.

“It was worth it, because even though we don’t have it again this year, the local track teams participate in track there every year,” Evans said of the repairs at the stadium. “There are local schools and private schools that have a track meet out there.  Selma High has a track meet out there and so does Dallas County. We invested in the track. Was it worth it? Yes.”

The City of Selma still serves as the annual host of the Alabama Independent School Association state track meet.Evans said it is very possible that the city will put in a bid to host the track meet when the opportunity presents itself in the future. He also said it is possible Selma will look at hosting a regional track meet, something the city has done in the past.

With vehicle mileage increasing every day, the Cahaba Mental Health Center is worried about the future of a program that... read more