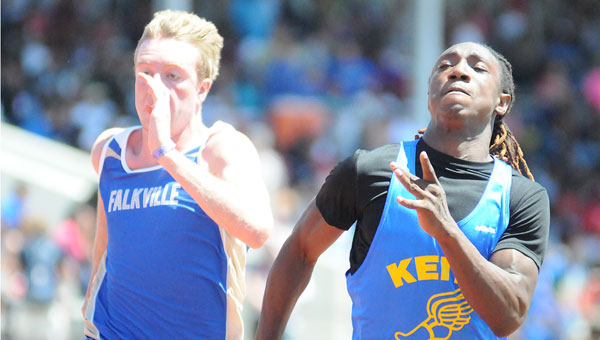 It was disappointing to hear that the Alabama High School Athletic Association chose to change the 1A to 3A track meet from Memorial Stadium to Cullman from 2015 to 2017, but the city should take it as a challenge to make the taxpayer’s investment in the stadium worthwhile.

For a period of three years, thousands of athletes, parents and coaches flocked to Memorial Stadium in early May to strut their athletic prowess, in hopes of securing an individual or team state title. It was encouraging to see such a large event at one of Selma’s great assets.

Hotels were filled to the brim and restaurants, perhaps, saw increased business from the out-of-town tourists.

The AHSAA’s decision is sad news for the city, but with so much invested in the stadium, it’s hard to believe there won’t be motivation to push for the state meet in another three years or find other things to fill Memorial Stadium’s stands.

In 2009, as a part of a $12 million bond issue, the city invested hundreds of thousands for various renovations, including lights and track resurfacing.

The city also spent about a few thousand to repair the track in 2014, before the most recent meet.

With so many talented athletes around the state, Dallas County and Selma City Schools were represented well and certainly competed well.

Though that time is up, the stadium and its surrounding facilities — Bloch Park mainly — still oozes potential. It is still in good shape to host state or regional athletic tournaments and perhaps other large events.

Aside from Montgomery and Tuscaloosa, Selma posses the only facility for dozens of miles that can truly host several thousand people.

Selma’s city officials often discuss publicly on ways to increase tourism and attract business to the city. The most prominent examples of the city’s efforts to increase traffic are the St. James Hotel and the Riverfront Amphitheater.

Don’t forget about the largest capacity facility in the city — Memorial Stadium.

The city can take the negative news and turn it around, but not without a concerted effort. It’ll take work to secure an annual event as large as the state track meet, but if successful, it could boost the city’s tourist traffic to new heights.

With every purchase in Dallas County, shoppers are supporting local government through established taxes. In most cases, elected officials seem... read more