Selmian the first U.S. naval casualty of World War I 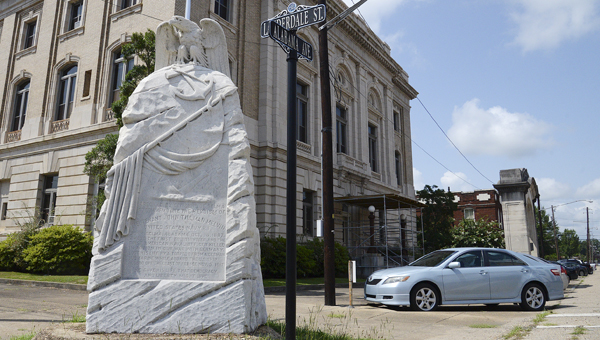 Selma’s history is full of famous names known the world over.

And while there are many local heroes who will be forever remembered, there is at least one deserving name society has largely forgotten.

There are memorials to Lt. John T. Melvin in Old Live Oak Cemetery and at the corner of Lauderdale Street and Alabama Avenue, but they don’t attract the crowds of silent observers they should.

Melvin was born in Selma on Oct. 16, 1887 and accomplished much, and gave more, during his short life. 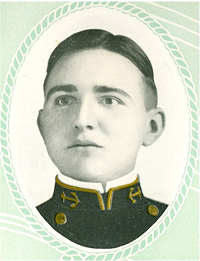 Melvin joined the United States Navy at a young age and was appointed midshipman in the summer of 1907 and became a commissioned ensign in July 1911. Melvin remained in that position until resigning from his commission four years later.

One the other side of the world, World War I had raged since 1914.

Less than a week after President Woodrow Wilson formally severed diplomatic relations with Germany, Melvin joined the Naval Reserve in February 1917, surely feeling his nation would soon be involved in the war.

Less than two months later, President Woodrow Wilson asked a joint session of Congress and requested a declaration of war against Germany. In April, the U.S. Senate and House of Representatives both approved Wilson’s request.

Doing his part in the war effort, Melvin served aboard the patrol boat Alcedo.

In the early morning hours of Nov. 5, 1917, Melvin was among the nearly two dozen men killed when the Alcedo was torpedoed by a German submarine off the coast of France.

After his passing, two American naval destroyers were named after Melvin, DD-335 and DD-680.

Both of the destroyers named after Melvin were long ago parked at dry-dock and sent to the scrap yard, but his story remains.

Even though his tale is one many haven’t heard, it is one that should not be forgotten.

One memorial to Melvin can be found along the back row of headstones at Selma’s historic Old Live Oak Cemetery, and the eagle-topped reminder of his service stands at the corner of Lauderdale and Alabama.

S.S. Selma missed World War I, but has a storied history

Visitors get an up close look at the S.S. Selma concrete ship during a tour of Galveston harbor aboard the... read more