After waiving extradition from Florida, a Selma woman is back in Dallas County and behind bars, waiting to face a charge of interference with custody.

Selma Police investigator Lt. Curtis Muhannad said Loraine Hale Flennory arrived in Selma Tuesday, and is being held on no bond at the Dallas County Jail. 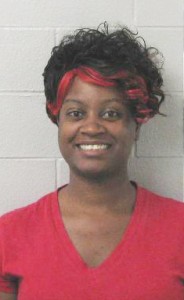 She was picked up by Selma Police officers early Tuesday morning at the Bay County Detention Center in Panama City, Fla.

Flennory was arrested late lastweek in Panama City after fleeing Alabama with her 10-year-old daughter, Shedeka Sims, who she had kidnapped from a July 4 family reunion.

The Panama City Police Department arrested Flennory last Thursday shortly after she filed a fraudulent child abuse claim in against Sims’ father, who has custody of Sims along with the child’s grandmother.

In an earlier interview with the Times-Journal, Muhannad said Flennory had told the Bay County Child Protective Service her daughter had been abused, a claim that raised the suspicions of law enforcement officials in Florida.

“This claim she filed with the Bay County Child Protective Service on Tuesday was so fraudulent that is raised their suspicions,” Muhannad said. “She had claimed the father had beaten the daughter, leaving her with cuts around her eyes and bruises on her face, but there was no evidence of this on her.”

Believing Flennery filed the claim to illegally gain custody of her daughter, BCCPS officials scheduled a time to meet with her on July 10, at which time she was taken into custody by the Panama City Police Department.

Muhannad said members of the Selma Police Department were relieved to find both mother and daughter unharmed last week.

“We were extremely relieved that we could not only bring the child home safely, but also that we were able to bring the person responsible for the abduction to justice,” Muhannad said. “This lets everybody in our community know this is something we take very serious, and we are going to use every resource available to our department to bring people to justice no matter where they run or hide.”

Muhannad said Flennory could face up to 10 years in prison and a maximum of $15,000 in fines if convicted of the interference with custody charge.

Muhannad said a date has not been set for Flennory’s bond hearing.