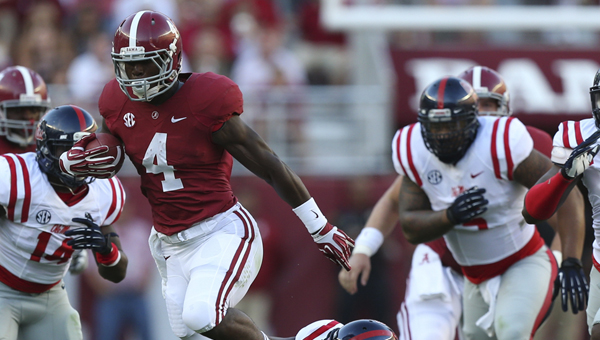 The Dallas-Wilcox Bama Club is raffling off a set of Alabama home game season tickets in August. A total of 300 tickets are for sale for the raffle.–File Photo | University of Alabama

Alabama is considered one of the national title favorites going into this college football season and the Dallas-Wilcox Bama Club is giving fans a cheap but charitable way to try to win tickets to every Crimson Tide home game.

The Bama Club is raffling off two tickets to all seven Alabama home football games this upcoming season, along with a parking pass and pre-game meals at the Culverhouse  College of Commerce, which is within two blocks of Bryant-Denny Stadium.

“People that aren’t able to buy season tickets or don’t have the ability to order season tickets, this is a great opportunity for them to be able to go to games,” Dallas-Wilcox Bama Club President Ronnie Leet said.

With Alabama again considered a championship contender, season ticket prices are soaring high on online retailer Stubhub, with the cheapest option being listed at $838.

Alabama’s seven home games this year includes hosting the annual Iron Bowl against in-state rival Auburn, which is likely to have a little extra on the line after the 2013 edition of the game ended in historical fashion. Alabama will also host Florida this season, which won’t happen again for at least a decade.

Raffle tickets can also be purchased at the Real Estate Gallery, located at 706 Broad Street, and Butler Truax Jewelers, located at 121 Broad Street. The raffle will be held two weeks before the first home game in late August. An exact date for the drawing will be announced at a later date by the Bama Club.

The raffle supports the Bama Club’s scholarship endowment fund, which is used to award scholarships to local students each year.

Anyone interested in purchasing raffle tickets, can call Leet at 875-2672 or email him at bamaclub@mindspring.com.

No matter what the final result on the scoreboard is next week in their annual softball contest with UAB Selma... read more