The Dart: Selma resident speaks about her desire to give back to others 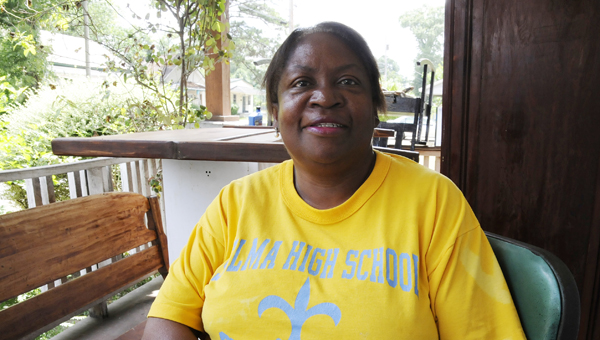 Selma resident Carolyn Smith said she finds joy in helping people every day. Smith said she wants to leave an impression on people that they should be happy. (Scottie Brown | Times-Journal)

Carolyn Smith is a giver.

Smith, who has lived in Selma all her life, said her motivation to help others was the joy the simple act brought her.

“If I did something to help benefit them, I get an award out of that,” Smith said. “I made a difference. I look at it like this: It comes back to me everyday because I can wake up. That’s my blessing.”

Smith said she worked as a certified nurse’s assistant before she retired in 2001 and enjoyed being able to work for the elderly people she tended to.

“I was in the field,” Smith said. “I met quite a few people. I love the elderly. You can learn something new from them every day.”

Smith said she was usually out helping someone, and attributed much of the characteristic to her mother.

“It’s just in me,” Smith said. “If I got it, I’m going to give it to you. It’s because of the way I was brought up. I think it has a lot to do with my mom. My mom was free-hearted like that.”

Smith said she has continued to try and teach both of her daughters to help people when they had the chance.

“Chasity, the oldest one, she’ll say, ‘Momma, people aren’t like you,’” Smith said. “I teach my girls that whatever you can do to help somebody, do it.”

Smith said her goal was to leave a lasting impression on the people around her.

Law enforcement officials are looking for a Selma woman in connection with the kidnapping of a 10-year-old  girl. Shakeda Sims,... read more