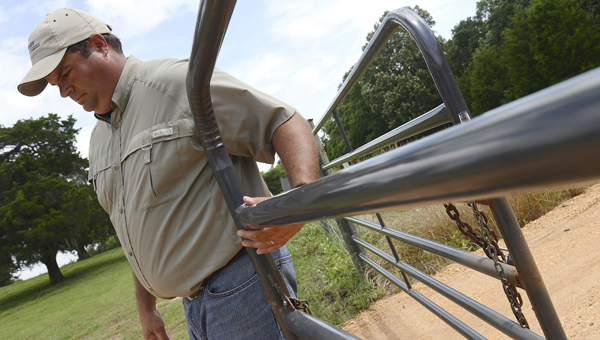 The seeds for Rick Schober’s love for his family’s forestry business were planted at a very young age.

“I’ve been doing this as long as I was big enough to walk. When I was a child, dad would take me to work with him,” Schober said. “People ask me how long I’ve been doing this, and I just tell them when I was in high school and then at Auburn, and everybody else went on spring break, I would spend all my free time here.”

Schober said he has worked for Al Schober Forestry Company, Inc. since he was 10 years old, and it was his love for the work that took brought him back to Orrville after he graduated from Auburn in 1998.

“I just always loved the work,” Schober said. “I had teachers who told me I could be a doctor or a lawyer, you know, encouraging me to do these other things. But I was determined I could be just as successful if I can back here and did what I wanted to do.”

Schober’s father started the forestry company in 1984, 14 years before Schober graduated from Auburn, so to say he grew up in the company would be correct.

Along with his work as a forestry consultant, Schober also owns a real estate business and helps manage a family cattle operation up the road from the family’s homestead in Orrville.

While he splits time between the different businesses, Schober said his work as a forestry consultant remains his personal favorite.

“We make management recommendations to landowners, but one of the first things we ask is what they want out of the property,” Schober said. “Sometimes they just want a return on investment, others are more concerned with the aesthetics. We have to tailor our management to those goals. That’s what makes this job so enjoyable for me.”

While many in his young generation pride themselves on moving from town to town and job to job, Schober said his love for the work is as strong as ever.

“I’ve been a major part of the business since I was in high school. It’s in my blood. I’ve always enjoyed it and always liked it,” Schober said. “I had some other job opportunities after college, but I decided to come on back. I came back because it’s all I’ve ever known.”