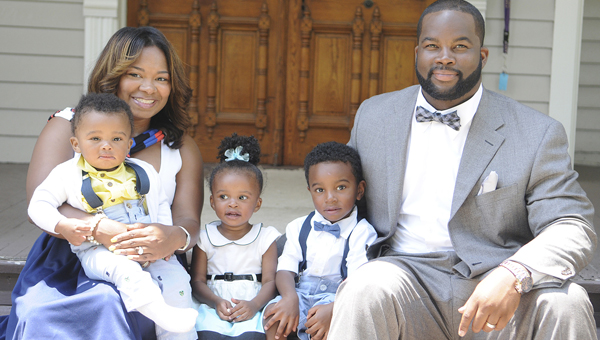 Brandon Wooten knew after college he wanted to return to his hometown of Selma, start his career and raise his family.

Wooten did all three, starting The Wooten Law Firm in 2010. He said since he has returned from school, he has received a warm welcome from his family and other members of the community glad to see him back in town.

“I have a large family here, several aunts and uncles. I grew up here. I thought it would be the perfect place for me to come back to and give back to my community, so I established my law firm here in 2010,” Wooten said. “I received a warm welcome from a lot of individuals in the community.”

A football career at Tuskegee had Wooten considering going into physical therapy, but eventually, he found he wanted to help people in a large role.

“I have always been a little different, wanting to be a leader and not a follower. I like to shape my own way and go the road less traveled in life. Starting my own practice, being my own boss, being the master of my fate, the captain of my ship — that’s indicative of my whole life and wanting to do something a little

Wooten also knew that many people that go to college outside of Selma do not return to their hometown when they are finished. He wanted to choose a different path.

“So often a lot of the young people go off to college, they go off to school in Atlanta or Birmingham or even Montgomery or a lot of the other surrounding states and they don’t return,” Wooten said. “I wanted to return here and give back to Selma and help Selma grow.”

Outside of the law firm, Wooten said he’s strongly thinking about running for political office one day. Until then, his three kids, Brandon, 3, Bella, 2 and Brooks, eight months, and wife Danielle, will likely keep him busy.

“They are everywhere. They are all over the house, but it is beautiful,” Wooten said of his kids. “It is a blessing, and I really enjoy and love that they are so close in age so they have the friends and deal with the same crowd of people and they can really look out for each other.”

Warren Young While the occupations Warren Young has held throughout his lifetime have often changed, his objective to better his... read more