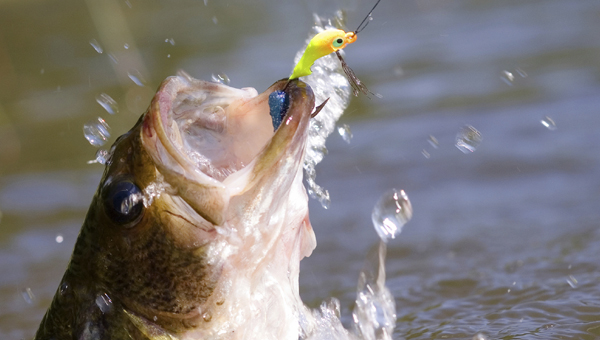 In this photo provided by Alabama Black Belt Adventures, a fisherman tries to reel in a gorgeous bass.

Studies on the Alabama Black Belt region show what many local hunters and anglers already knew — the area is a recreational haven.

According to a 2012 study by the Alabama Black Belt Adventures Association, hunters and fishermen spend more than $3 million dollars each day in the Black Belt region alone.

“I think the numbers speak for themselves,” Pam Swanner, project manager for ALBAA, said. “I think it is a testament to what outdoor sportsmen have done for years and maybe even centuries. The Black Belt region is the hunting and fishing destination for Alabama.” 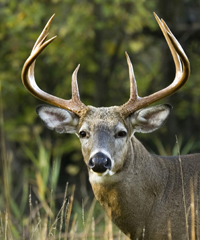 The ALBAA estimates that sportsmen spending in the Black Belt region created 11,000 jobs in 2011, about 36 percent of the more than 30,000 jobs sportsmen are credited with creating in the state during that time.

Tim Wood, manager of the Central Alabama Farmer’s Co-Op said when people think of what outdoorsmen spend in Dallas County, they usually only think of the ammunition and firearms they buy, but there’s a lot more to it than that.

“For this part of the country with the hunting lodges and the land leases, the fuels, the motels and the food sales, those are areas that very few people look at,” Wood said. “They think of ammunition and clothing and firearms but it expands so much further past that than you can ever imagine.”

The numbers certainly reflect that.

ALBAA credits hunting and fishing in the Black Belt with generating $283 million in salaries and wages and $60 million in state and local taxes. On average, hunters spend an average of $1,992 per hunter each year.

Dallas County certainly has a direct link to those numbers, with outdoorsmen flocking to the area to take part in what is often recognized as one of Alabama’s premiere hunting and fishing area.

“They fill up when they leave or before they start fishing because they have to have gas for trucks and boats, and some of them spend the night here,” Sheryl Smedley, executive director of the Selma-Dallas County Chamber of Commerce, said of anglers who participate in tournaments in Dallas County. “I know for a fact many of them come in two to three weeks before hand to scout and sort of get a lay of the land.”

Smedley said it is possible to see the growth in Selma and Dallas County’s outdoor prowess, as new fishing tournaments such as the McNider Marine Trail have come through the area this year to take advantage of Dallas County’s rich resources.

“A lot of these people have never been to Selma-Dallas County, so once they get here the first thing they say is, ‘We had no idea you all had this facility here,’” Smedley said.

Ashley Mason, the tourism director of Selma and Dallas County, said her department is hoping to use hunting and fishing to attract even more people to the area in the future. She feels the county’s recreational activities can be used effectively as a tourism tool.

“We have a lot of great resources here that are kind of kept a secret,” Mason said. “Hopefully we can expose that and more people can come out and enjoy them.”

In recent years, Selma has seen an increase in fishing tournaments in the area. The McNider Marine Trail held its first tournament in Selma this year, and Cabela’s King Kat tournament was held in April 2013.

While the Selma Marina continues to attract big tournaments, it also hosts smaller Wednesday and Thursday tournament series throughout the spring and fall.

Elton Reece, director of the Selma Parks and Recreation Department, said the rise in fishing tournaments — big and small — is because of the ease of running a tournament.

“At the marina you don’t have to do any reservations,” Reece said. “You just get the people to show up, pay their money and go fish.”

Dallas County Lake, a 100-acre lake 11 miles south of Selma, is also a popular place for locals to spend a day fishing.

“This is water close to Selma with very good fishing,” Jay Haffner, the Alabama Wildlife and Freshwater Fisheries District 3 supervisor, said. “We intensively manage this lake, and it provides just outstanding fishing for Dallas County residents but people travel long distances to fish Dallas County Lake. That’s how good of fishing it is.”

While fishing’s impact should not be underappreciated, it takes a backseat to hunting. Alabamians spent $913 million on hunting-related activities in 2011, and Alabama ranks ninth nationally in hunting-related residential retail sales. Nationally, hunting is so large that 2011 statistics show that hunting alone would fall into the top 20 percent of Fortune 500 companies.

Just under 14 million people participate in hunting in the United States, with more than 535,000 of those being in Alabama, 3.9 percent of the nation’s total hunters.

Hunting is also used as a fundraiser in Dallas County. Morgan Academy hosts an annual deer hunt that is used as a major fundraiser for the school.

The county is also full of hunting clubs and lodges. Reece runs one of those hunting clubs, the Little Foot Hunting Club, which is in south Dallas County. The club is small, with 35 members, but it is entering its 40th year.

“It is just hard to keep a club together this long simply because of the rising cost of the leases, and people hunt for a while and then they get tired of it,” Reece said. “I don’t think I’ve shot a deer in five years. I just like going and working and the camaraderie of a hunting club being together. We eat, we cook on the weekends, and it is just a great atmosphere. We’ve raised our kids down there.”

Wood enjoys hunting turkey, but knows all game animals take a backseat to the white-tailed deer in Alabama. Ease of access might be the main reason for that, as an estimated 1.75 million white-tailed deer exist in Alabama compared to much lower numbers of turkeys.

“We don’t have the density of turkeys that we do deer,” Wood said. “It’s more accessibility than anything.”

The locals, like Wood, know and appreciate the resources in the Black Belt, but word has gotten out to non-residents as well. Data from the ALBAA shows that 69 percent of all non-resident outdoorsmen who hunted in Alabama in 2011 did so in part of the Black Belt.

Construction crews continue work on the site of Zilkha Biomass Energy, located next to International Paper on the Alabama River.... read more