Bama Budweiser: The King of Delivery 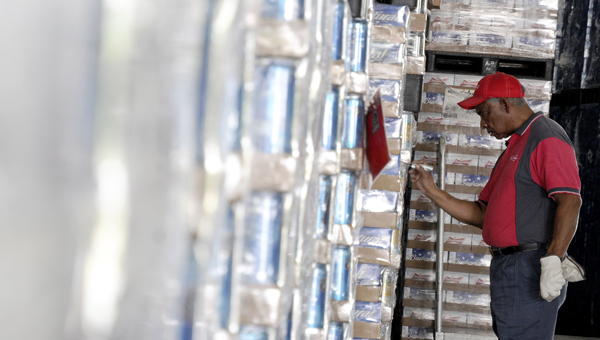 For some business owners, the decision to place a company in an area often known for being far from business friendly is either difficult or unlikely. But it was Selma’s undying loyalty to Bama Budweiser, an Anheuser-Busch distributorship established in Selma in 1998, that made the decision quite easy for one business owner.

Initially, the American brewing company Anheuser-Busch placed a Capital City Beverage distributorship in Selma. In 1998, Mark Schilleci, current owner of Bama Budweiser in Selma and Montgomery, took ownership of the distributorship, which was originally located at the intersection of Oak Street and Water Avenue, and changed it to Bama Budweiser of Selma.

Relocated to Craig Industrial Park in 1992, Bama Budweiser of Selma has an 80 percent market share, which means that of the 16 of the 20 cases that are bought in the nationwide market are Anheuser-Busch products.

Dallas County provides 48 percent of all Bama Budweiser of Selma sales, which makes the area its largest market. 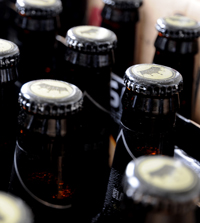 “When an owner of a company sees that one of his businesses has one of the highest market shares in an entire nation, that right there tells him that the people over here are loyal to Bama Budweiser,” Bama Budweiser of Selma general manager Steve South said. “[Schilleci] repays the favor. He’s loyal to Selma.”

Bama Budweiser of Selma currently employees 38 people with every member of the management team, dedicating at least 20 years the company.

With the help of more than 30 vehicles, the 900,000-case operation delivers to Dallas, Wilcox, Lowndes and Perry County and selective cities in Clark County.

Bama Budweiser of Selma, which gets a majority of its beer from Cartersville, GA, is one of 10 Anheuser-Busch wholesalers in the state.

Other Bama Budweiser locations include, but are not limited to, Montgomery, Dothan, Huntsville and Birmingham.

“When you look at the highest counties in the state as far as unemployment, our counties rank in those, but I wouldn’t swap it for anything,” South said. “Again, the people are so loyal to us that it makes our job a lot easier.”

Bama Budweiser has shown the community how their loyalty is appreciated by often donating their alcoholic beverages to local events as a sponsor.

When South recalls the time when Bama Budweiser of Selma had a low market share of 24 percent, he appreciates the progress the company has made.

“It’s something that we have worked to build over the years,” South said.

South said much of the growing success of Bama Budweiser of Selma could be attributed to the other distributorships formerly stationed in Selma leaving the area.

King said several of the local small-town businesses do not have the available funds or the storage place to purchase a large amount of beer at once.

Bama Budweiser of Selma is willing to tend to those businesses multiple times a week, while other distributorships may not be willing to visit those same companies more than once a week since multiple trips can become costly, King said.

“I think that’s made a huge difference, because of our presence and service in the market,” King said.

According to King, the presentation is the key to their successful sales. He works with his fellow employees to ensure that Budweiser products have a quality appearance and are displayed in the best manner possible, which he said directly relates to their market performance.

“Image is everything,” King said before later explaining how the Bama Budweiser drivers strategize when they deliver company products. “We try to get every display we can get. We try to get all the cooler space. More display and cooler spaces mean more beer sales.”

Brian Chance, a sales supervisor and territory manager, and King said the company strives to instantly attract consumers with bright neon lights. When people walk into a store, they are instantly drawn in by either a brightly lit or large Budweiser display, quickly impressed by a good price, and they buy a product shortly after, King said.

“You have some people that buy the same thing every time, but for a lot of people to see a cheaper price, especially in a weaker economy, that means everything.”

Budweiser often advertises using a variety of timely themes to represent what every exciting or well-known event or holiday happening at that particular time to keep customers interested, King said.

When Bama Budweiser reaches out to local newspapers and radio stations to promote their products, they do not just aim to sell them. With the help of Bama Budweiser graphic designer Matt Roberts, the distributorship alerts their customers of the safety responsibilities that come with consuming alcohol.

As part of the required Anheuser-Busch approach, Bama Budweiser spends about 10 percent of their profits providing consumer awareness. Whether the message is sent via advertisement or written across a T-shirt, Bama Budweiser makes sure their audience knows to avoid underage drinking, operating vehicles under the influence and other inappropriate drinking habits.

South said one way that Bama Budweiser attempts to cut down on the underage drinking is to educate retailers about the importance of requiring all of their customers to provide proper identification before purchasing alcohol.

South said the company makes sure to reach out to high schools to remind them that it is illegal for them to drink, because there are plenty of times when they will try to get others to purchase their alcoholic beverages.

“You can’t stop all of it, but you will be surprised at how much you can stop underage drinking,” South said. “If they know they are going to be checked for ID when they go into these stores, they are going to think twice about it, because the laws have gotten a lot tougher.”

Bama Budweiser had an advertisement in The Selma Times-Journal earlier this year about safe boating habits to discourage boaters from drinking while operating a boat, something South said has become a growing issue in the country.

“We’re not here just to sell beer, but we want people to be responsible with their drinking,” South said.

In the end, South said that Selma would always be home to a Bama Budweiser as long as they remain loyal to the business. With the bond between the distributorship and the community growing every day, South is confident that Bama Budweiser will always remain in Selma.

In this photo provided by Alabama Black Belt Adventures, a fisherman tries to reel in a gorgeous bass. Studies on... read more