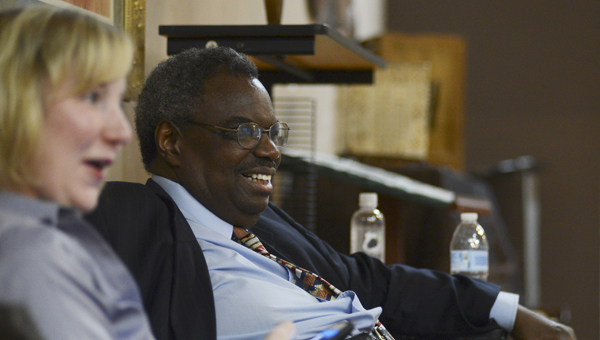 State Sen. Hank Sanders was hospitalized, but in stable condition Wednesday at UAB Hospital in Birmingham after having difficulty walking earlier in the week.

“He is such a courageous person and he had to speak at a junior college in Mobile,” she said. “I knew something was wrong when he asked me to drive. He got up and gave the presentation in Mobile and on the way back he became wracked with pain.”

Hank was admitted to Vaughan Regional Medical Center Monday evening. Rose said Hank stayed in Vaughan for multiple days. Doctors at Vaughan helped with fever and chills, but Hank was transferred to UAB after his difficulty standing continued, Rose said.

“[Vaughan] did an excellent job with the infection, but the infection was completely unrelated to the standing,” she said. “He was in much better spirits this morning. As a matter of fact, he wrote his senate sketches this morning and that’s when I knew he was getting better.”

Hank said Wednesday afternoon that he had begun walking around again and was feeling better. He hoped to be released from the hospital on Saturday.

“I am beginning to feel my full strength again,” he said. “I just went out and temporarily walked down the hallway with a walker. The doctors were never able to determine what it was, but the antibiotics knocked the infection out.”

A community meeting Thursday evening in Selmont was full of meaningful topics and lively conversations. The only thing missing was... read more