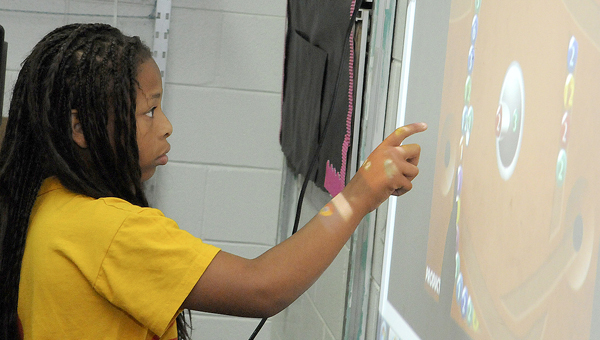 Cedar Park Elementary is spreading some summer fun with a four-week program.

Since June 2, the Selma City School has been hosting its summer enrichment program. From 8 a.m. to noon for four days a week, children have been enjoying games, field trips and school lessons.

“The purpose is to reinforce and help them start off the new academic year knowing what to expect,” said April Kimbrough, a fifth grade teacher at Cedar Park Elementary. “I guess it gives them a head start.”

Kimbrough, who spent part of her Tuesday morning instructing fourth and fifth grade students through a math game, said the students are exposed to both physical and mental activities. She said three other teachers at Cedar Park teach summer enrichment classes, which are free.

The activities vary each day, but the children often design art, play outside and exercise in between their lessons.

Toward the end of the summer enrichment program, which is scheduled to conclude Thursday, the school will provide a grand picnic.

Program participants visited the Public Selma-Dallas County Library approximately two weeks ago to sing, dance and read some books as one of their summer field trips.

“They had so much fun,” Kimbrough said. “I even had fun, because it got everyone up moving around.”

Kimbrough said the program gives the children something productive to do during the summer, and it prevents them from forgetting important learning material they have learned during the previous school year.

“My daughter is going to the third grade, and I thought it would also be good for her to get out of the house for four hours a day,” she said. “She’s doing well with it. She has really enjoyed it.”

Kimbrough said she has noticed that the program has improved the students’ academic performance greatly, especially in math, a subject a majority of the students struggled with when the program first began.

“With the kids, I do see a big difference especially with some of my third graders that are going up to the fourth grade,” she said. “It’s really helping them all.”

By Christopher Edmunds The Selma Times-Journal   Selma residents will have access to free HIV and STD testing at the... read more