Police were able to put the brakes, and handcuffs, on a man who led them on a high-speed chase Saturday evening. 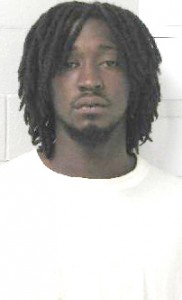 In a news release, Lt. Curtis Muhannad, with the Selma Police Department, said James Earl Dennis, who resides at 1505 Church St. in Selma, is behind being held at the Dallas County Jail and is facing charges of attempting to elude, criminal mischief first degree, reckless driving and no proof of insurance.

When the officer attempted to stop Dennis, he sped away, leading the officer on a high-speed chase through eastern and southern portions of Selma.

During the 15-minute chase, Dennis’ vehicle struck a marked patrol unit that was part of a roadblock at the intersection of U.S. Highway 80 East and Choctaw Avenue in Selmont.

“We had set up road blocks around town to try and stop him, and he struck one of the vehicle’s that had been part of a road block,” Muhannad said. “There was an officer inside of the patrol car when it was hit, but he was not injured.”

Muhannad said the damage to the police car was estimated to be worth over $2,500.

The car chase ended when Dennis reached the dead end of Eisenhower Street in Selmont. In the release, Muhannad said Dennis fled from his vehicle and was finally taken into custody after a short foot pursuit.