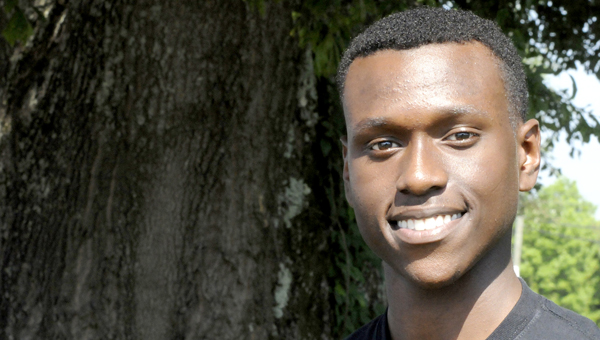 For the first time, a Selma High student has been named a Gates Millennium Scholar, according to Selma High senior advisor Lesia James.

Selma High graduate Nivory Gordon III was announced in early May as a recipient of a Gates Millennium Scholarship of more than $300,000. Gordon said he was grateful to have received the honor.

“I’m blessed above all,” Gordon said. “I’m excited, because now I don’t have to worry about the cost of college.”

The Gates Millennium Scholars program gives the scholarship, which funds all college expenses, to 1,000 talented students. The program is funded by a $1.6 billion grant from the Bill & Melinda Gates Foundation, according to the foundation’s website.

With a grade point average of 4.2, Gordon couldn’t help but smile when he reminisced about almost not applying and submitting his application only 10 minutes before the deadline.

As a part of the application process, Gordon had to write eight essays at a maximum of 1,000 words each.

“I was praying and being hopeful at the same time, because I started not to even apply,” Gordon, who started completing the scholarship application in November, said.

Gordon plans to attend The University of Alabama to major in both mechanical engineering and political science, with a minor in mathematics.

Gordon said he would also like to attend law school at Alabama.

James, who has been encouraging students to apply for the scholarship for six to seven years, said Nivory is an excellent representation of Selma High and deserving of the honor.

“I’m very proud of Nivory,” James said. “He’s the type of student that goes beyond the duty too get what he needs.”