Monday seminar to focus on nutrition 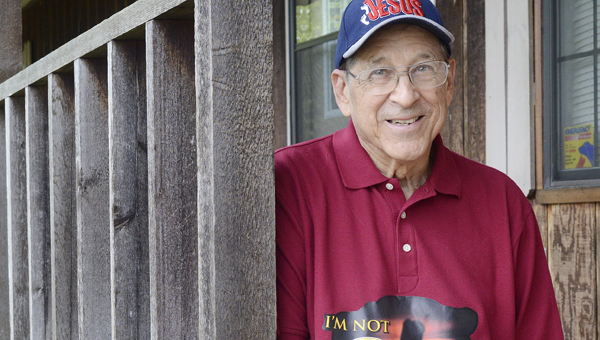 Ken Scott celebrated his 82nd birthday last week, and Monday, he will share his secrets to healthy living with the community.

Scott, who is the pastor emeritus at Joy Baptist Church in Selma, will lead a presentation titled “One Hour to Better Health” at 7 a.m. Monday, June 16 at the church, located at 4957 U.S. Highway 80 W. Admission to the event is free.

“God has blessed with me a great deal on how to help people,” Scott said. “And after celebrating my 82nd birthday, I just decided to hold this seminar to share what I’ve learned about the importance of a healthy diet.”

Scott said he began researching healthy nutrition and lifestyles some 40 years ago, and the lessons he’s learned have allowed him to remain healthy at 82.

“I know it works, because I’ve followed these lessons myself,” Scott said. “What I’m going to do is condense down everything I’ve learned into a one-hour seminar, and I will cover so many topics that people need to know about.”

Scott, who started Joy Baptist Church in 1978, said that along with active lifestyles and healthy eating habits, he will discuss how those two factors could help people feel better, avoid disease and extend the length of their lives.

Scott said Monday’s speech would cover many topics, but the main point would be to highlight the importance of a healthy diet.

“People are very concerned about health and fitness, but they need to know what foods to avoid,” Scott said. “People are dying when they don’t have to die. You are stupid if you know something that could keep you alive and you don’t do it.”

While Scott said he hopes there is a good crowd on hand Monday for his presentation, he knows his friends Mickey Avery will be there.

“I promise you I lost 20 pounds in four months.” Avery said. “It’s been a like a rocket, and I feel so much better than I did. I have so much more energy.”

Avery said anyone, no matter what affliction they are dealing with, could learn something during Scott’s presentation.

“I think that your health is obviously important, and I think there is an individual responsibility to maintain it,” Avery said. “I don’t know why anyone wouldn’t come to his event. He’s been talking about this for years.”

The Dinkins pool in Ward 8 is closed for the Summer but councilman Michael Johnson has received several offers of... read more