Our skate park deserves another chance 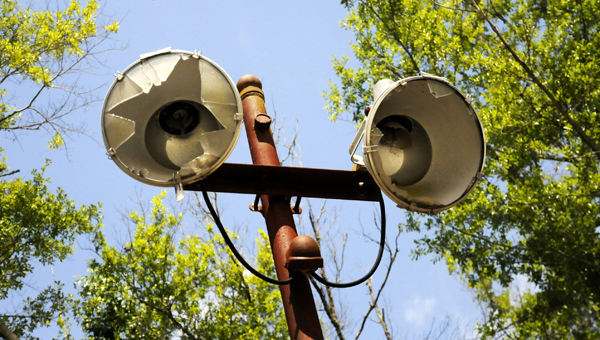 The lights at the skate park near Memorial Stadium are broken and need repair. The skate park was nearly shut down by the Selma City Council in 2010 due to vandalism and obscene behavior.

Growing up in Birmingham, the nearest skate park was 45 minutes away in Alabaster. I loved skateboarding, and so did a lot of people in our area, but with nowhere to go, we were confined to makeshift ramps in rails in our driveways.

I’ve been in Selma for only a few weeks now, and while I have been met with kind smiles and hospitality everywhere I’ve been, I made my first real friends at the skate park.

Skateboarding may be classified as an individual sport, but when everyone starts helping out and cheering people on as they learn new tricks, it truly is a team effort.

I was extremely excited when I first saw the skate park by Memorial Stadium because I finally lived in a place where I can meet up with friends and learn something new each day after work, all while getting some great exercise.

However, I found out recently the park has been left on the back burner and neglected over the past few years.

Looking back at previous stories from The Selma Times-Journal, it looks like the park was almost shut down completely in 2010 because of rampant vandalism and obscene behavior.

Since 2010, nothing has been written about the park, and there is still work to be done.

The summer is a great time for youth and adults to pick up a new hobby and learn a new skill, and skateboarding can be that recreational option. In its current state, however, the skate park is not very appealing.

First and foremost, the lights at the park should be repaired. There is not a single light at the park that works, and during the summer months, the best time to skate is later in the day or early evening.

The summer heat makes skateboarding during the day unbearable and most importantly, dangerous. Athletes are always more likely to get hurt if they are exhausted, and skateboarding is no different.

One of my friends at the park said he can only use one side of the park at night, depending on the ambient glow from the tennis court lights.

It saddens me to see the skate park deteriorating, while the tennis courts are in much better shape with fully functional lighting.

Not only is it more comfortable and safe to skate later in the day under functional lights, but it would also be more convenient.

For those of us that have jobs, we can’t make it out to the skate park until after work, so our time is limited. We have to rush out to Memorial Stadium, and we only have until the sun sets to enjoy our skate park.

People have also complained about liter at the park in the past. An easy solution to this would be a trash can placed inside the park. Currently, the nearest trash can is around the fencing by the tennis courts.

Skaters will take care of their home.

In my first few weeks in Selma, I have seen a skate park full of everyone from teenagers to adults to families with young children. I believe the vandals that plagued the park in its early years have moved on, and the people who truly care about the skate park remain.

It has been four years since anyone has written about the skate park, and I believe it is time to invest our time, effort and resources into one of Selma’s important recreational facilities, just like back in 2007, when City Council members joined forces to build the park.

Celebrating one year in Selma and much, much more

To say this is a big week for me is a little bit of an understatement. Today marks my one... read more