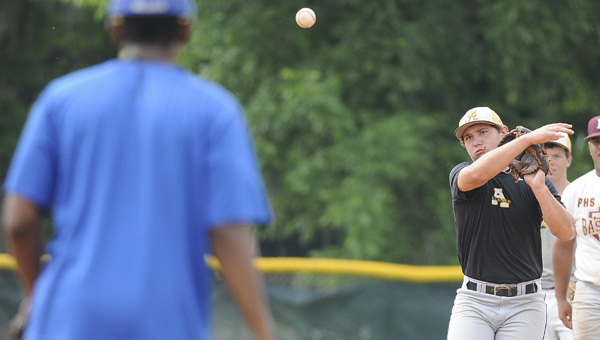 Players came from Florida, Georgia and all over Alabama to participate in Selma University’s baseball tryouts Saturday at Bloch Park.

Nine players in total tried out for the Bulldogs, who were trying to find the players they needed to get them over the top.

“We are just wanting to fill in some missing pieces,” Selma head coach Adrian Holloway said. “We want to get in some good character kids that work hard and just want to play ball.”

The Bulldogs coaching staff worked players through a lot of different drills Saturday, with an emphasis on basic skills.

Holloway said the team will likely try to sign three of the six seniors that went through tryouts Saturday. Three juniors also participated in the tryout, so that Selma could get an early look at them. Holloway said players will be evaluated on their performance Saturday, as well as how they looked on tape the school has on them.

Wallace Community College Selma pitcher Kevin Simmons was drafted by the Arizona Diamondbacks in the 16th round of the MLB... read more