A man wanted by police after he allegedly pulled a knife on a woman during an attempted robbery on Friday turned himself in to authorities Monday morning.

Selma police investigator Lt. Curtis Muhannad said the investigation into Friday’s incident at the old Dallas Academy building is ongoing after the suspect, Roen Lee Rivers, 35, turned himself in. 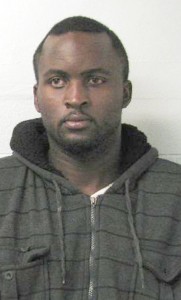 “He did turn himself in this morning, and the investigation is still underway,” Muhannad said. “As far as any charges he could be facing, I can only say he’s been detained for questioning right now.”

Friday’s attempted robbery occurred around noon as the woman was working in the Alabama Department of Revenue’s Tax Payer Service Center on the second floor of the Selma Avenue building.

In a news release Friday, Muhannad said the victim had attempted to help Rivers when he approached her and asked for directions to a local business.

“That was just a decoy,” Muhannad said. “We know now that he was trying to rob her. But by the time he pulled the knife she started screaming and pushed him away before he could run from the building.”

Muhannad said the victim was shown photographs of suspects who fit the description she gave investigators after they arrived on the scene, and she identified Rivers as her attacker.

Students stream out of the front door of Byrd Elementary earlier this year. The Selma City School System has plans... read more