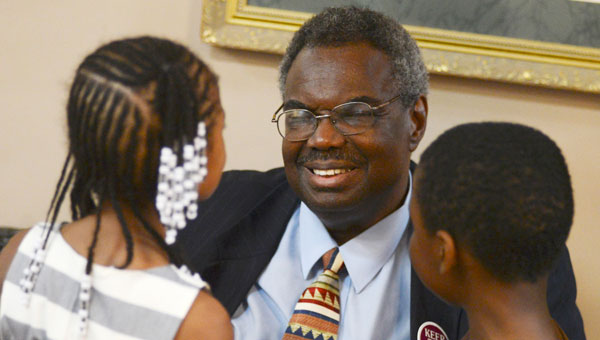 State Sen. Hank Sanders had the same opponent to retain his seat this year as in the previous election, and Tuesday ‘s election appeared to be headed toward the same result — a victory for Sanders over challenger Robert Green.

Sanders, who won was seeking his ninth term in office, said he was humbled by the turnout across the nine counties that make up the state senate’s 23rd district.

“When you have so many counties and the district is 150 miles one way, and 100 and some miles the other way, that’s a really wide area,” Sanders said. “And to be able to carry each of those counties over such a wide area makes me extremely humble and thankful that so many people would think well enough of me to vote for me.”

Sanders said a win Tuesday allows him to continue working to improve the educational and occupational opportunities in Alabama, as well as to continue the fight to expand Medicaid in the state.

For Green, Tuesday’s polling numbers were tough to stomach after another hard-fought campaign.

“These results are very disappointing,” Green said. “I felt very confident going into the day and thought we could get the win.”

“Any challengers taking on an incumbent in office faces such a large disparity in money raised and endorsements,” Green said.

Even after the loss, Green was thankful for the support of his campaign staff.

“This time, we had a much better plan that when we ran against him in 2010,” Green said. “We had a close-knit campaign that work hard, long hours, and I’m so grateful for them.”