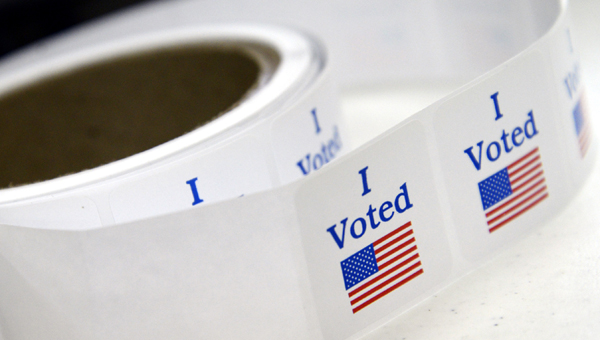 A spool of voting stickers wait to be handed out Tuesday morning at the polling place at the Central Alabama Fairgrounds. (Jay Sowers | Times-Journal)

Below are election results from Dallas County’s 2014 election.

U.S. Congress and Senate races only reflect the total for Dallas County and do not include the entirety of the district. Full results for Alabama’s 7th Congressional District and the Alabama State Senate’s 23rd District will be posted as soon as they are available.

With 30 of 31 precincts reporting:

Terri Sewell: 8,428 (AP has called the race; these results are Dallas County results)

A fire destroyed this house at the intersection of Minter Avenue and Tremont Street shortly after 1 a.m. Monday. —... read more