Crum seeks a career in teaching 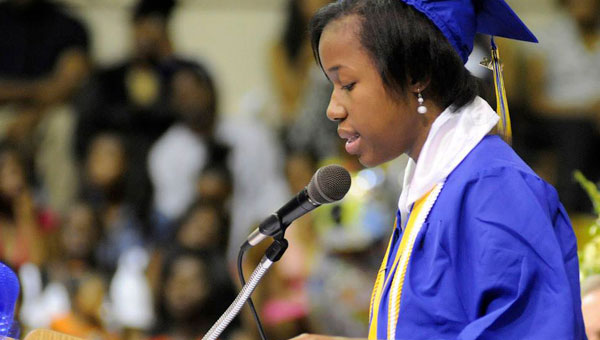 Editor’s note: This is the next in the Times-Journal series focusing on each of the valedictorians from each of the seven high schools in Dallas County.

As terrified as Keith High graduate Shannon Crum initially was to deliver the valedictorian speech at her school’s commencement ceremony, the excitement of the honor made it all worth it.

Crum graduated with a grade point average of 3.89 and the great feeling of knowing her years of focus and determination led to her graduating at the top of her class.

“It feels really good to know that I worked really hard and had the highest GPA in our class,” Crum said. “I’ve very honored.”

During her high school career, Crum made sure to immerse herself in various organizations, clubs and athletic groups in hopes of bettering her college opportunities.

Crum plans to attend Alabama State, where she received a full scholarship to pursue a career as a high school English teacher with an education major.

“It’s always great to see students when they strive for excellence,” Powell said.