Decades of games and life lessons as youth baseball continues 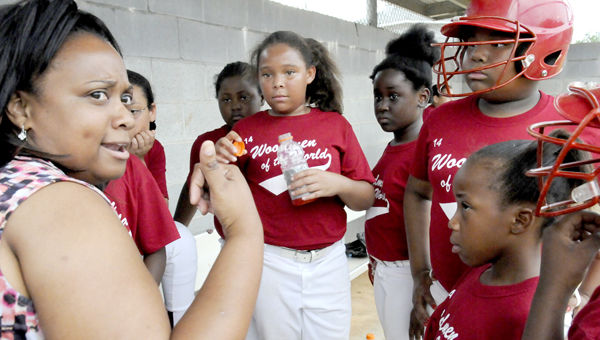 As the heat rolls in and summer gets underway, youth baseball continues chugging along — continuing a tradition that started decades ago and shows no signs of slowing down.

Selma’s Dixie Youth League is currently one of the largest in the area with between 60 and 65 boys’ and girls’ teams with an average of 13 players to a team.

Dixie Youth has a motto of participation mandating that each player must bat and play in the field for at least one inning.

Lebo Jones, the Selma Recreation Department’s baseball and softball director, said that’s one of the most appealing parts about Dixie Youth.

Elton Reece, director of Selma’s Parks and Recreation Department, said the price is a good value for parents as well.

The league currently funds the money needed to buy the equipment players will need, such as jerseys and hats. The $10 it costs to play helps offset the money used for equipment, but it does not cover all of the expenses so Selma’s city budget still includes an allotment for Dixie Youth.

Parents love to see their kids play the game, but many of them relish an opportunity to help them grow by being a volunteer coach. Kerry Smith, an assistant coach on the Pilcher McBryde 9 and 10-year-old softball team, gets to cheer on the entire team, while spending time with her daughter Hope.

“It’s very rewarding,” Kerry said. “I get to meet girls from everywhere and enjoy their company.”

Kerry said the team seems to be an enjoyable experience for the girls.

“They have somebody to look up to and look forward to seeing,” she said. “I get to come back from years later and I’ll get to see somebody I coached two or three years ago and they’re just as excited to see me then as they were when I was coaching them. It’s a joy to see them grow.”

While parents love that their children are learning teamwork and spending time playing a sport with other players their age, the athletes are usually focused on finding a way to win.

“It’s not about losing,” Hope said. “It’s about winning, because if you try hard you can win. And it’s fun to win.”

Charlie Ford, right, takes a lunch order while volunteering during the Community Cookout and May Festival Friday at the Edmundite... read more