An Orrville couple is behind bars and facing multiple charges after authorities believe the man had been having forced sexual relations with an underage female relative of his wife. 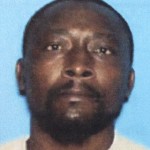 Tyrone Lewis, 847 Dallas Co. Rd. 33 in Orrville, is facing charges of rape first degree, sexual abuse first degree and enticing a child for immoral purposes in connection with a two-year sexual relationship he carried out the victim.

Tyrone’s wife, Jessica Lewis, is facing a charge of hindering prosecution, which is a misdemeanor.

“She has been charged because the victim had come to her … and told her what was going on, and she hadn’t reacted,” said Dallas County Sheriff’s Department investigator Sgt. Mike Granthum. “The victim told investigators she had told [Jessica] and she never helped.” 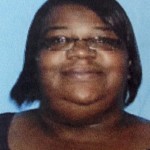 District Attorney Michael Jackson said the severity of the charges against the couple will have his office seeking for high bonds, if any, during Tuesday’s bond hearings.

“These are serious charges,” Jackson said. “So, we’ll be asking for some very high bonds.”

According to Granthum, authorities learned about the allegations after the victim spoke with family members following an incident that occurred as Tyrone drove the victim to school in the morning.

“On the way to school he took an alternate route and he tried to touch her, she got scared and got out of the vehicle,” Granthum said. “He circled the block, picked her up and took her home, saying that she was feeling sick and he didn’t want to take her to school.”

Granthum said some quick thinking by the victim alerted her family to the altercation as it was taking place.

Granthum said relatives of the victim contacted authorities after the incident. The couple was arrested and charged Thursday.