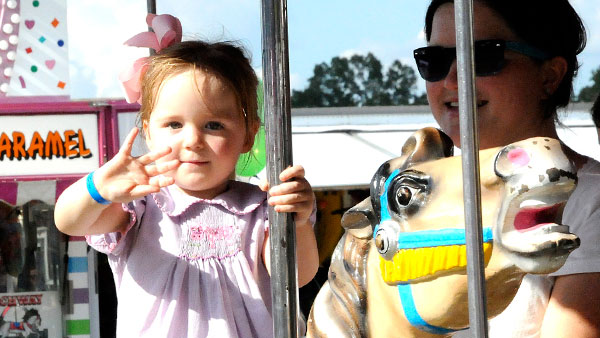 The announcement this week that the Selma Lions Club is closing the old National Guard Armory to public use because of structural issues will not affect the club’s annual Central Alabama Fair, organizers said Friday. (File Photo | Times-Journal)

Since the Selma Lions Club announced this week it closed the old National Guard Armory to the public, club member Chris Graham said the group has heard from citizens concerned the closure would lead to the cancellation of the Central Alabama Fair.

“We’ve gotten some calls, and we’ve seen a lot of people talking on Facebook, saying they are sad to see the fair has been canceled,” Graham said. “This closure won’t affect the fair at all. I can’t stress that enough.”

Each autumn, since 1951, the Selma Lions Club has hosted the Central Alabama Fair, and it has hosted the event on the grounds surrounding the old National Guard Armory since 1958.

While he said the fair would continue to be held at the site, fair manager and Lions Club member John Haskell said the building’s closure could force a change in the location of the exhibits normally located in the building.

“The only issue this closure could cause is that when we had exhibits in there during the fair, we were able to lock it up at night and we wouldn’t be able to do that if the exhibits are put in a tent or some other temporary location on the property,” Haskell said. “We have got some time to talk with the exhibitors and see how they want to handle this.”

Haskell said his goal this week was to let members of the public know this year’s fair is far from canceled.

“It’s going to keep going,” Haskell said. “We’ve been doing it for the last 50 years, and we aren’t going to stop now.”

Haskell said anyone with questions regarding changes to fair exhibitions, could reach the Lions Club by phone at 872-6717, or via email at CentralAlabamaFair@gmail.com.