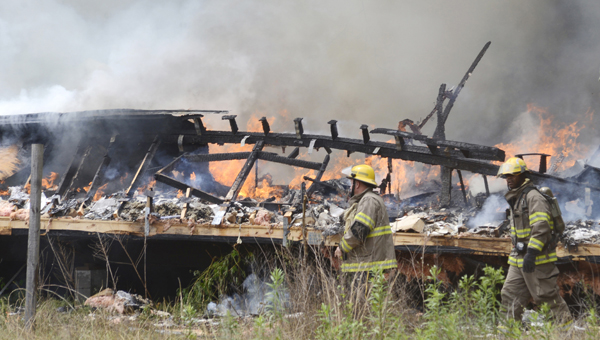 No one was injuring when trailer off of Old Montgomery Highway burned to the ground Thursday.

Craig Field firefighter Peter Kine said no one lived in the trailer.

Selma firefighter Dale Duke said no one was inside of the trailer when his department responded to the incident.

Duke said Thursday afternoon he wasn’t initially sure why the fire might have started and a full report would likely reveal the cause. Two downed power lines were directly behind the building and Alabama Power was called to the scene to check if the lines were live.

Kine said fire fighters saved the house during the earlier incident, which was caused by an object being left on the stove.

Several events to be relocated because of armory closure

Leaks in the roof at the old National Guard Armory on Dallas Avenue has forced the relocation of a polling... read more