St. James Hotel poised to be under new management company 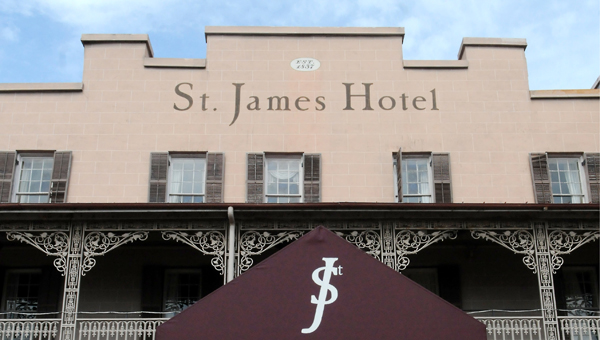 The City of Selma will soon relinquish day-to-day operations of the St. James Hotel to Strand Management after the city council unanimously approved a contract with the company Tuesday.

As a part of the contract, the city will pay Strand, based in North Carolina, $4,000 per month or 3 percent of gross revenues, whichever is greater. In addition to the hotel, Strand will be required to operate a restaurant and bar in the building. The city will also provide Strand with approximately $75,000 to help balance the hotel’s budget until the end of the current fiscal year, Mayor George Evans said.

After the council meeting, Evans said he was happy to finally move forward with the contract.

“They have the skills and know the management techniques to make the hotel a success,” he said. “I want to thank all of the volunteers for doing an outstanding job getting us to this point. Strand will come in and do their assessment in terms of what the priorities are for repairs and needs.”

Evans said he was unsure of the exact date when Strand would begin operation. Though, in a previous meeting, Strand officials said they could begin management within 30 days of a contract’s approval.

The next step, Evans said, is getting Strand to sign the contract.

The ultimate goal is to get the hotel in a sellable condition, Strand Senior Vice President Andrew Pace said in a previous meeting.

In other news from Tuesday’s meeting:

The current city limits end at the median of Medical Center Parkway. City Attorney Jimmy Nunn said during previous meeting that the annexation is a pre-emptive measure to annex the YMCA of Selma-Dallas County, which petitioned to be included in the city limits.

For months, council members speculated on potential reasons for the decrease. One potential, proposed reason, was that businesses weren’t paying the city appropriate amounts of sales tax.

“There are some [businesses] that need a little more education about what we do and what is expected of them,” Paradise said.