The Dallas County Tax Assessor’s race is nearing a finale.

The successful candidate would oversee two different departments: Mapping and Appraisal as well as the Tax Assessor’s Office.

Mapping and Appraisal is state funded to the tune of more than $460,000. The Tax Assessor’s Office is funded by the county and has a budget of nearly $190,000. 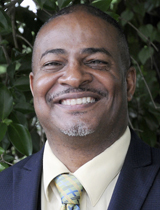 Fortier is originally from Chicago. He played basketball at California State University–Los Angeles. He earned a master’s degree in communications and organizational development and is currently working on obtaining a law degree. Fortier is also a practicing pastor.

The tax assessor’s race is the latest in a string of three bids for public office. In 2006, Fortier ran for sheriff, and he ran for Selma City Council President in 2012.

Fortier said part of his reasoning for running for tax assessor is to give families a fair assessment.

“For most people, land is the most valuable possession that they have,” Fortier said. “Losing your house or property can be a very traumatic experience. I want to make sure families have a fair opportunity to retain property.” 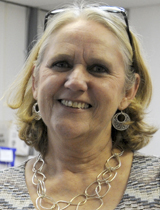 The slogan “break the barrier” appears on many pieces of Fortier’s campaign material. It’s a goal that Fortier says is important in bringing new ideas into the office.

Fortier says one of his primary goals is increasing transparency in the Tax Assessor’s Office. One of his ideas is to place tax assessment documents online for the public to inspect.

“Transparency is important in any field,” Fortier said. “If elected, I promise that I will also work diligently to make sure property is fairly assessed.”

The 2014 election is Sheehan’s first. She was appointed to the position in January 2013 after Frances Hughes, the prior tax assessor, retired.

Prior to taking over the position, Sheehan served as chief clerk under Hughes and has a total of 26 years of experience in the tax assessor’s office.

Sheehan said her experience in the position should be heavily considered when voters choose a candidate.

“A lot of people don’t understand the exact duties of the appraisers office,” Sheehan said. “There are actually two different departments, and everything begins in Mapping and Appraisal.”

Sheehan graduated from Robert E. Lee High School in Montgomery. Eight years after her high school graduation, she began taking classes at Wallace Community College Selma. Her first job out of Wallace, in the late 80s, was as a clerk in the Tax Assessor’s Office, where she has been ever since.

Currently, many of the Tax Assessor’s Office’s records are kept in storage space, in paper copies.

Sheehan said one of her goals is to digitize all of the records in CD format.

“It would give us a whole lot more storage,” she said. “We have a public terminal, and the public could just find the CD and look up their property.”