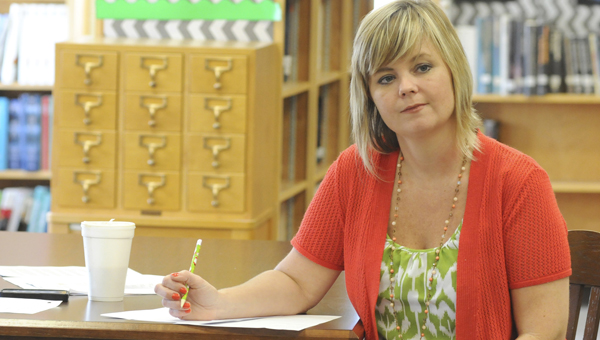 Thanks to a national grant, the Dallas County High School library will be expanding their book collection.

School librarian Amy Reeves cried tears of joy when she received an email April 23 notifying her she received a $5,000 grant from the Laura Bush Foundation for America’s Libraries, which supports children’s education through funding improvements for school libraries. Reeves said the money would fund books, which she said averages at about $25 each, for the school library.

The school library was one of 219 school libraries and one of three Alabama schools to benefit from a Laura Bush Foundation of America’s Libraries, according to press release from the organization.

The grants, which can only be used to pay for library books, are funded through donations to the endowment from individuals, corporations and foundations.

Reeves said the library, which has benefited from a total of $9,000 worth of grants this year, depends heavily on grants for funding since public school libraries have not received any local funds since 2008.

“Anything that I’ve either bought, I’ve either purchased with my money, grant or people who donate books,“ Reeves said.

Reeves said the grant is extremely helpful in updating the school library’s book collection since a large percentage of their books are copyrighted from as early as 1980, which can become a problem when students are looking for current information for a research assignment.

Reeves said she wants the students to have access to credible reading material, instead of using unreliable online sources.

“You wouldn’t want to do a report on the state of Alabama using 1980 statics, so it’s really important to update,” Reeves said. “We’re trying to provide accurate information for your students.”

As a librarian who understands the importance of reading, Reeves is excited to receive another grant that will help her provide students reading material that will further their education.

“It means so much to provide our students with the sources and resources that they need,” Reeves said.

Selma Mayor George Evans, right, presents the paperwork to a student last May who was selected for one of the... read more