A York man is behind bars after trying to use a manipulated driver’s license, which a cashier noticed listed the wrong hair, eye and skin colors. 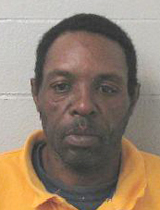 In a news release, Selma police investigator Lt. Curtis Muhannad said Robert E. Cook, 51, is facing one count of forgery first degree and one count of criminal possession of a forged instrument second degree, which together carry a total bond of $45,000.

Muhannad said Cook had attempted to purchase $1,400 in goods from the Walmart Supercenter on Highland Avenue, using a check and a forged Alabama driver’s license to prove the check was his. The incident occurred Sunday at around 8 a.m.

Muhannad said the cashier noticed the license identified Cook, who is black, as a white male with blonde hair and blue eyes.

Before Cook could flee the scene, the store’s loss prevention officer and members of the Selma Police Department were notified.

Cook was detained at the store, where he refused to answer questions from detectives.

In the release, Muhannad said Cook was arrest and transported to the Dallas County Jail.

Suspect claimed to be sleeping while neighbor is robbed

Authorities found there way through a suspect’s story claiming he was asleep when his neighbor’s house was robbed Friday evening. Blood stains at the scene and his freshly-bloodied knees may have made their job a little easier than usual. 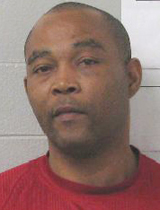 In a news release, Lt. Curtis Muhannad with the Selma Police Department said Derrick Rayshun Martin, 2007 Deer Ridge Avenue in Selma, is currently being held at the Dallas County Jail where he is charged with one count of burglary third degree and is being held on a $30,000 bond.

Muhannad said officers responded to a call of a burglary in progress before 10 p.m. Friday in the 2000 block of Deer Ridge Avenue.

When officers arrived at the scene, witnesses told them someone wearing dark clothing had entered the apartment through a window on the back of the apartment.

Muhannad said officers discovered not only the window had been broken, but traces of blood had been left on the window seal and broken glass.

In the release, Muhannad said officers noticed the would-be thief had moved two flat screen televisions close to the back door of the apartment.

Witnesses told officers the suspect lived next door. When the investigating officers knocked of the door to Martin’s apartment, Muhannad said Martin at first pretended to be asleep.

While speaking with Martin, officers noticed his knees appeared to be covered in fresh blood and covered in cuts consistent with cuts from glass.

Muhannad said Martin was questioned by officers and charged with burglary third degree.

Demand for blood heats up in the summer

Felicia Tuck, a collections technician with America Red Cross, measures the blood pressure of a potential donor during a blood... read more