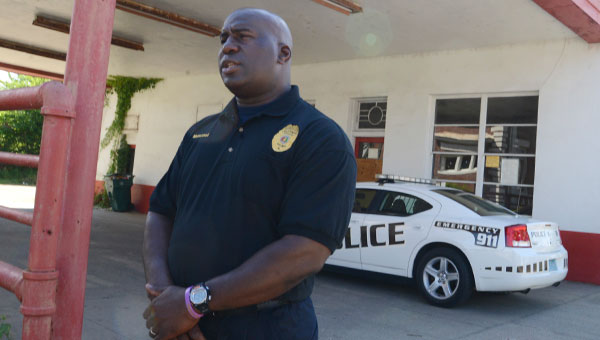 The Selma Police Department has identified the man found dead Wednesday morning near an abandoned building in the 400 block of Broad Street.
Selma police investigator Lt. Curtis Muhannad said after speaking with a relative of the deceased, detectives were able to positively identify the man as Selma resident Samuel Lee Randall.
His body was discovered next to the building located at 440 Broad Street.
Randall’s body was taken to forensics on Thursday, and Muhannad said the initial autopsy report found no signs foul play was involved.

Speaking Wednesday morning, Selma Police investigator Lt. Curtis Muhannad said a passing Alabama State Trooper had been flagged down by a couple at 8:50 a.m. Wednesday who told the trooper they had spotted what appeared to be a body on a driveway beside the building at 440 Broad Street.

Muhannad said the trooper located the body and alerted the Selma Police Department, who began an investigation to first determine the man’s identity. It is believed the man was homeless.

“What we do know is that he was residing behind the building. We found a lot of what appeared to be clothing and bedding where he was staying in the rear of the building,” Muhannad said. “We also got information that he is a Selma resident and may have family so we are trying to locate anyone  we may believe may be related to this deceased person.”

As of Wednesday morning, Muhannad said authorities could not determine the cause of death.

“Right now it is a death investigation, and we can’t determine if foul play was involved,” Muhannad said. “We didn’t see any blunt force trauma or any wounds to the body, but it is still under investigation until we can get him to forensics and they can determine a possible cause of death.”

Muhannad said the man’s body would be taken to a local funeral home until police forensic officers could inspect him to potentially determine a cause of death.