Man arrested in connection with string of Valley Grande burglaries

A Selma man is behind bars after allegedly breaking into several homes in north Valley Grande.

The Dallas County Sheriff’s Department on Thursday arrested Sylvester Stevenson, 32, 215 Lawrence St., on four counts of burglary and one count of receiving stolen property. He is being held in the Dallas County Jail on a $35,000 bond. 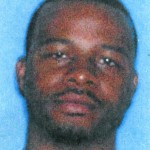 The sheriff’s department recovered a firearm connected to the burglaries when arresting Stevenson, according to Huffman.

Huffman said most of the incidents occurred when Stevenson forced his way into the homes by kicking or prying on a door. Huffman said Stevenson likely didn’t act alone and more arrests could be coming.

“Anytime that someone sees criminal activity, it’s important to report it,” Huffman said. “It may sound trivial, but it’s hard to make an arrest if no one reports it.”

A front-end loader moves rubble in Bienville Park Tuesday after work started on repairing a collapsed storm drain underneath the... read more