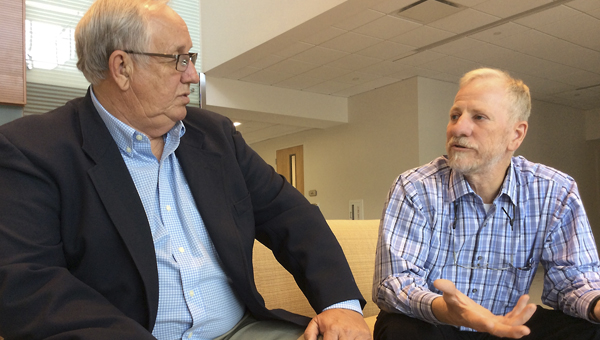 The 2013 U.S. Catfish Database, released in April by Auburn aquaculture professor Dr. Terry Hanson, shows high feed prices and increasing foreign imports as some of the major concerns for the catfish industry.

Catfish feed prices are inching close to $500 per ton, which is nearly double the prices from just six years ago, according to Hanson.

“Feed is the number one cost for catfish farming,” Wilson said. “Our feed prices have doubled, but our catfish prices have not doubled. Although, the price of catfish is pretty good.”

The database also reported frozen catfish imports increased by 44 million pounds in 2013 and now account for 75 percent of all U.S. sales.

Wilson said ability to differentiate between U.S.-grown and imported fish could be one reason why imports are increasing.

“I think people just need to know that when they choose domestically-grown fish they are eating something that is grown naturally,” he said. “It’s really just a food safety issue.”

But the news isn’t all bad.

“From that perspective we, Alabama, are holding our own,” Hanson said. “When farms go out of business in Mississippi it’s partially because the delta provides such good farmland.”

He said catfish farms were previously placed on marginal areas of the Mississippi Delta, but with corn and soybean prices on the rise, marginal land slowly turned into row crop farms.

“We don’t have those options because our land is not as well suited,” Hanson said.

Hanson’s database also looked at the immediate future of the catfish industry and recommended farmers use profits to invest in new technology and increase efficiency.

“In China and Vietnam, they have a comparative advantage because their heritage is growing fish,” Hanson said. “One of my colleagues went to visit a catfish farm overseas and it was bigger than all of the acreage in Alabama.”

Foreign imports are difficult competition according to local catfish farmers and Hanson.

“There have been problems with some of the imported catfish,” he said. “The [Food and Drug Administration] only inspects about two percent of imported fish. The ones that get by are what’s concerning.”

Help in the fight against foreign imports could be coming in the form of the 2014 farm bill. The bill includes a new catfish inspection program that would shift from the FDA to the U.S. Department of Agriculture. The USDA’s program is expected to be more proactive.

Carolyn Bates, founder and director of the Selma Disabilities Advocacy Program, center, leads the ceremony marking the groundbreaking of a... read more