Accelerator off to a fast start 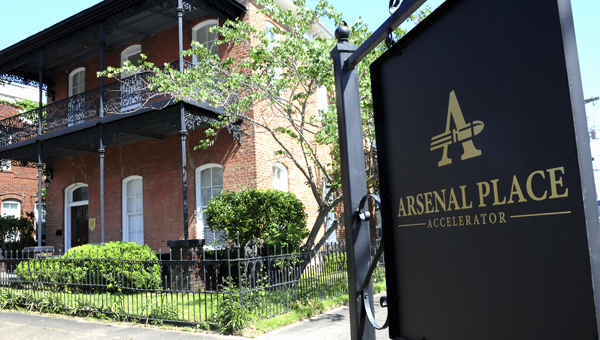 Arsenal Place Accelerator is located at the corner of Selma Avenue and Church Street. In just two months, business accelerator is now home to three businesses, and growing. — Josh Bergeron

Three business start-ups are in talks to move to Selma.

Though it opened two months ago, the Arsenal Place Accelerator’s roster of business could soon grow by three.

Accelerator board chairman Dane Shaw said two businesses — a graphic design and a woodworking company — are scheduled to move into the building in May. Shaw is also recruiting a coffee roasting company.

“You are actually seeing businesses that are start-ups in Selma and that’s exciting,” Shaw said. “They believe in what’s going on here and see the potential in Selma.”

Shaw said the accelerator’s tenants could also include a photography business in the near future.

With growth in the near future, Shaw also reflected on initial reception to the accelerator, which held its grand opening in March.

“We’ve had some companies say ‘if there’s anything we can do to help, let us know,’” Shaw said. “The business community here, in Selma, is really like none other I have ever seen because they really want to help each other out. They realize that a strong business community is great for everyone.”

Shaw said the accelerator would have three spots left once the new businesses move in.

If the accelerator’s current location fills up, Shaw said space wouldn’t be an issue.

“We would like to renovate the whole block, from Alabama Avenue to Water Avenue,” he said.

Though he was excited about the accelerator’s overall growth, Shaw said Selma Good owner Robert Armstrong — the only existing tenant — is seeing increased success and sales.

“Our goal as an accelerator is not to just sit back and check up on the tenants, but to really help the businesses grow,” Shaw said.

As part of a trial run, Armstrong secured a deal to place his product in hundreds of Cracker Barrel stores nationwide and is nearing deals with multiple grocery stores.

“It’s really been a dream come true for me to build my own business from the ground up,” Armstrong said. “I’m excited to be around like-minded people and to bounce ideas off of each other.”

Shaw said the accelerator sets a goal for each of its tenants to begin hiring employees within a year of opening. Already, Armstrong said he is looking to hire one, part-time employee.