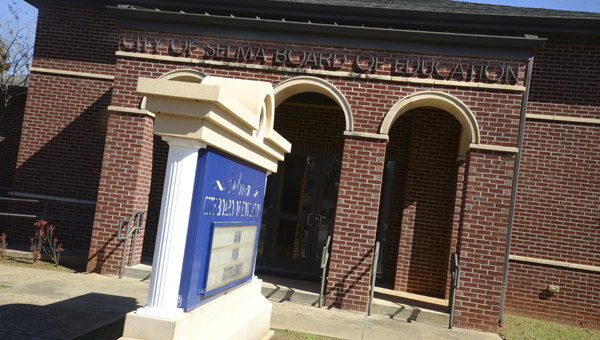 The person in charge of the state’s intervention of the Selma City Schools made public Wednesday his recommendation to officially fire suspended Superintendent of Education Gerald Shirley, curriculum coordinator Wanda McCall and testing coordinator Mamie Solomon.

Shirley, McCall and Solomon were all placed on administrative leave in February, soon after the state moved to take over the Selma City School System.

“Those employees were also sent certified letters [Tuesday] informing them of my intentions,” DiChiara wrote.

Bice has received the recommendation, but has not made a final decision. DiChiara said Bice is waiting to see whether it’s constested.

McCall and Solomon have already requested a hearing, challenging DiChiara’s recommendation. Shirley has 15 days to request a hearing, but technically could be fired without an opportunity to challenge the decision, according to DiChiara.

“In order to try to provide him with the most due process right to protections, we were going to follow the same process with him that we were offering the other two employees,” DiChiara said.

Normally, DiChiara said the school system would continue paying the accused employee through the process — up to 75 days — or until a decision by the hearing officer.

This case presents a different situation, giving the Alabama State Department of Education the authority to decide whether the employees continue to be paid during the process.

“In the law, if you charge them with or accuse them of neglective duty — if that is our moral turpitude of something like that — you can stop the payment immediately,” DiChiara said. “I don’t know yet if we will do that. I know that neglective duties is one of the charges that we are using to justify why we are recommending the termination.”

“With the evidence that they have uncovered, I feel that it’s warranted,” Hicks said.

Hicks said if McCall, Solomon and Shirley were to be terminated DiChiara would determine how soon the positions would be filled. Hicks said the superintendent position would be filled first.

Selma City School board member Brenda Obomanu said she was disappointed to learn about Dichiara’s recommendation.

“I must say I’m disappointed, but he was sent here to do his job and we’re going to move our system forward, because it’s not about us anyway,” Obomanu said. “It’s about the children.”

Three others individuals received official letters of reprimand. Another three people would have received some type of punishment, but they are no longer in employed in the school district, according to DiChiara. Two of those employees have since retired while the other — Latangelia Williams — is in jail.

“This allows to now begin looking forward and focus on the many positive things that are happening in Selma City School today and the great things that we are confident will be happening in the future,” DiChiara said.

Selma City School Superintendent of Education Gerald Shirley is pictured at a State Board of Education meeting in early February... read more