The Selma Police Department is still searching for suspects in an April 22 homicide.

The incident occurred when Andre Dewayne Robinson, 32, of Selma, refused medical care after being shot in his chest during a robbery. 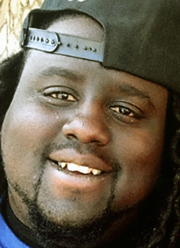 More than a week after the incident, Selma police investigator Lt. Curtis Muhannad said the department is still following up on potential leads, but doesn’t have any suspects in the incident.

“We are still following up on potential leads,” Muhannad said. “We don’t have any leads that have led to an arrest.”

During the shooting, the unidentified suspects wore dark clothing and white masks.

The pair confronted Robinson and four others on the 1700 block of St. Phillips Street and allegedly demanded money after brandishing a shotgun.

Robinson was shot as he and the other victims ran away, according to Muhannad.

Selma police are now encouraging community members to help, by contributing any information that might lead to an arrest.

Chief of Police William Riley said community information can be difficult to obtain, but also key in solving difficult crimes.

“Some people don’t want to get involved, but we want people to know that if you have information to get it to us,” Riley said. “Even if someone is told something second- or third-hand, they should get it to us and we can work backwards to try and solve the crime.”

Anyone with information is encouraged to call the Selma Police Department at 874-2125.

Authorities are searching for a man wanted in connection with a shooting that injured two Selma men early Wednesday evening.... read more