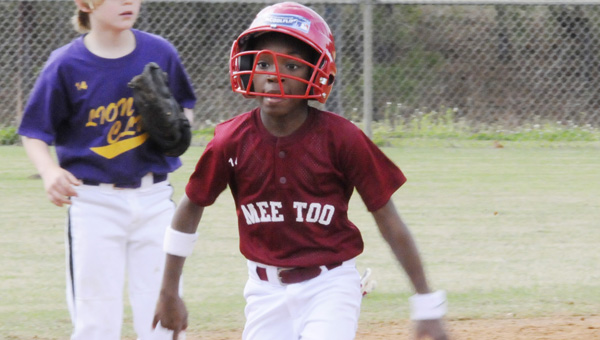 Friday’s games were cancelled — the third day this week that games were not played due to rain, and the fifth day overall that a day of scheduled games was lost in the season’s first three weeks.

“We’ve had more rainouts in past years but never this concentrated in this short period of time,” Selma Recreation Department director Elton Reece said. “It’s not just getting one field ready. We have to get five ready at the Sportsplex, four at the Complex and Bloch Park usually at the same time, so it is almost impossible to get them ready to play.”

Reece said the rain is frustrating to everyone — including parents, players and organizers who try to keep everything running smoothly.

“It’s just hard. If it’s raining that means you can’t play nor can you practice,” Reece said. “That runs into it and people need to play to get better.”

Reece said the recreation department is still prepared to do whatever it can to make sure all of the scheduled games happen this season. During a typical week, games are played on Saturday mornings, Monday’s, Tuesday’s, Thursday’s and Friday’s, but Reece said games could be made up on Saturday evenings and Wednesday’s later on in the year if needed.

“We could go longer on Saturday and play Saturday morning and Saturday night,” Reece said. “If we have to, later on the year we may have to make some up on Wednesday night.”

Friday’s rain also forced most of the scheduled Alabama High School Athletic Association’s baseball games to be postponed until Saturday. Selma High School’s best-of-three series versus Marbury was among the serires postponed.

The first two games of that series will be played Saturday at 1 p.m. and 3 p.m at Marbury High School. A third game, if necessary, would likely be played Monday at Marbury.

Dallas County guard Jerrod Moorer has been named to the south roster for the 2014 North-South Boys and Girls Basketball... read more