Tice, a native of Selma and graduate of Meadowview Christian School, returns to the 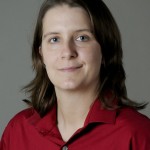 Times-Journal where she worked as district manager in the newspaper’s circulation department from September 2009 to June 2011. More recently, Tice had worked as circulation manager of the Times-Journal’s sister newspaper, The Troy Messenger, in Troy.

“I truly enjoyed working in Troy, but I had the opportunity to return to my hometown newspaper and I also wanted to be closer to family and friends,” Tice, said. “I look forward to growing the circulation department and I also look forward to being involved in the community.”

Tice attended Wallace Community College-Selma and majored in business. As audience development manager, Tice is charged with managing and increasing distribution of each of the products produced by The Selma Times-Journal, as well as the newspaper’s digital and online products.

“I am so happy to be back in my hometown among family, friends, and great co-workers,” Tice said.

Banquet kicks off Relay for Life

Selma residents Sharon McGuire, middle, and Tracey Palmer Jr., right, were announced the king and queen of the Relay for... read more