Despite saving efforts, JC Penney still on schedule to close May 3 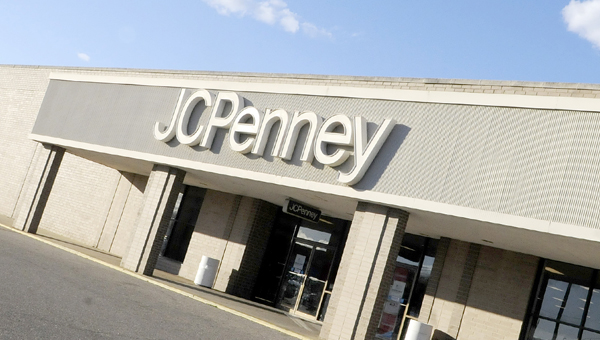 When JC Penney announced in mid-January plans to close its Selma location, local business leaders and city leaders were strong in their efforts to keep it open. Now, with the pending closure expected Saturday, May 3, most now have resigned to the fact a key anchor of Selma Mall will soon be vacant.

“We did a lot of work to try and appease JC Penney leadership, offer ways we felt we could help, in order to change their mind,” Selma Mayor George Evans said Monday. “[JC Penney] listened but they don’t ever go back on their decisions, and they are not going back on this one.”

Over the weekend, temporary hires by JC Penney stood in the median of U.S. Highway 80 in Selma, advertising 80 percent cuts in prices “including fixtures.”

Evans said mall owners Aranov Realty and the city approached JC Penney on a number of occasions offering concessions or abatements in an attempt to save the location from the announced cuts.

Now, Evans said, Aranov officials are working to attract a new occupant for one of the mall’s anchor locations.

“There have definitely been some struggles at the mall, but we are going to continue our efforts, as I know Aranov is, to find someone to move in there,” Evans said.

When the store closes, it will mark the end of a 38-year partnership between Selma and JC Penney, who opened a location in Selma in 1976.

In their January announcement, JC Penney announced plans to close 33 “under-performing stores” across the country.

The Selma Mall location was the only J. C. Penney location in Alabama among the list of 33 targeted stores.

The loss of JC Penney is a significant loss in Selma’s national retail business base.

When the Selma location finally closes, the nearest JC Penney will be the Prattville store, located in the High Point Town Center, which is just less than 40 miles away from downtown Selma.

When asked how the Selma location had performed financially over the past five years, officials with JC Penney responded Monday saying “We are not able to comment on single location performance.”