VALLEY GRANDE — A Valley Grande pastor is in jail after allegedly having sex with a minor multiple times.

William R. Best Jr., 47, 327 Centenary St., Valley Grande, was arrested Tuesday afternoon and charged with second-degree sodomy, second degree rape and incest. He is being held on a $250,000 bond in the Dallas County Jail. He was a pastor at Living Waters Worship Center on Deepwoods Drive in Valley Grande. 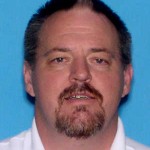 Dallas County Sheriff Harris Huffman said the incident was reported Monday, when the child’s mother brought the girl into the sheriff’s department. Huffman said incidents of sexual abuse date back three years, when the girl was 14. Best allegedly had sex with the girl at his home and in the church’s office “dozens of times.”

“Pastors, of all people, should be above stuff like this,” he said. “By committing these acts, he let so many people down, who would come to him with their problems.”

Huffman said the department has “solid DNA evidence” directly linking Best to the crimes. The child is currently in the care of a family member.

Sheriff’s deputies obtained a warrant after conducting interviews and seized a computer from the church office. Huffman said he believes the computer contains pornographic images of the girl and additional charges could be coming.

Living Waters Worship Center did not return requests for comment.

Best’s prior record includes minor traffic offenses. Huffman said he isn’t sure if Best had sex with other children, but any additional information should be reported to the Dallas County Sheriff’s Department.

Weeks after the 49th anniversary of Bloody Sunday, a film crew was in downtown Selma Wednesday, scouting locations for an... read more