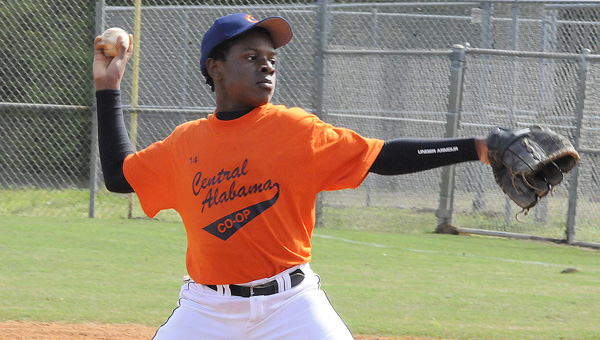 For weeks, teams in the Selma Recreation Department’s youth softball and baseball league have been running around the diamond and playing scrimmage games in preparation for the season.

“Opening day is a big thing. It is just like a big ‘ole party to the kids,” Tommy Belcher, who coaches the 7 and 8-year old Golden Ranch baseball team, said. “They are trying to see who is going to do what but all of them are having fun. That’s the name of the game, having fun.”

Many of the coaches are veterans that have been around for many opening days, but they all seem to agree that the beginning of a new season never gets old. Derrick Edwards, who is the head coach of the 11 and 12-year old Reliable Cadillac team and an assistant for the 7 and 8-year old Lewis Brothers team, has been coaching baseball in the recreation league for the last seven years, but he still enjoys the familiar feeling of a fresh start and the excitement it brings.

Of course, not every one has been in the game for a while.

Laronica Smith’s son Jeremy Savage was taking part in his first baseball game Saturday and she was feeling the butterflies as game time crept closer.

“I’m more nervous than him probably,” Smith said. “As a mother you are thinking about the things that can happen. You don’t want to think about it but it is in my head to think about the ball hitting him.”

Coaches have nerves too, which Gray Youngblood — coach of the 11 and 12-year old Central Alabama Farmer’s Co-Op team — admitted.

“The kids are nervous, the coaches are nervous,” Youngblood said. “It’s fun going out and seeing all the things you worked on in practice come to life and watching the kids have a good time.”

However, Youngblood said he was nowhere near as nervous as his son Cal, who he had just coached through his first game of the year.

“Every first game I just get nervous and all the rest of the games I’m not nervous,” Cal said.

Nerves seemed to be a trend Saturday, even among the first time coaches. Chris Nicholls, head coach of the VFW baseball team, has been coaching baseball for years, but this year is his first as a head coach.

“It’s my first game as a head coach so I’m very nervous,” Nicholls said as game time approached. “But, I’ve got good assistants so they can keep me grounded.”

Opening day was scheduled to be a two-day event, with games scheduled for Friday night as well.

Mother Nature had other plans, with rain forcing Friday’s games to be rescheduled and making Saturday’s games the true start to the season.

Lebo Jones, Selma Recreation Department baseball and softball director, said after a little work to the fields Saturday’s games were right on schedule.

“The guys came out this morning at 5:30 and we got the lights on and got the fields ready because we didn’t want to miss opening day Saturday, which is a big day for us,” Jones said.

In all over 50 teams are participating in the Selma Recreation Department’s youth leagues this year, with an average of around 13 players per team.

Ready to tee off

Time is running out for those interested in playing in this year’s Selma-Dallas County Chamber of Commerce golf tournament at... read more