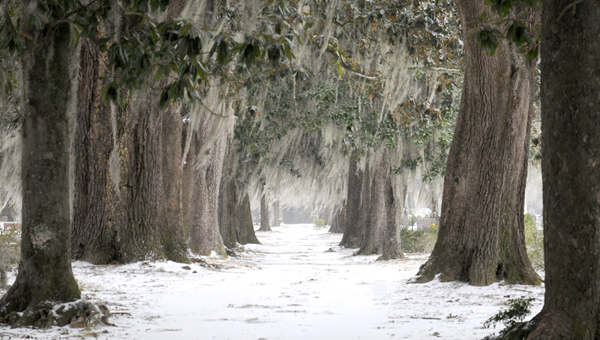 While Gov. Robert Bentley excused the closure of schools across the state for three days during the month of January by declaring a state of emergency because of harsh winter weather, additional days missed this winter have forced some local schools to get creative with how to make up the lost time.

Students in the Selma City Schools system will have a little more time in the classroom later this month to make up for two lost days in early January.

“The [Selma City School] board approved my recommendation at the last board meeting to extend the instructional day for an hour and a half for a two week period from April 14 through April 25,” said Larry DiChiara, acting superintendent of Selma City Schools. “So, if each class period was 54 minutes normally, it will be 64 minutes during this two week period. So each week, we will gain seven-and-a-half hours of instruction, which is equivalent to one day.”

Morgan Academy headmaster Martha McKnight said students at her school will see a few changes to their schedule over the remainder of the school year.

“We are not going to take our good Friday Holiday, and at the end of the year when we have finals, several of those days had been planned to be half days, two of them will now be full days,” McKnight said. ”Next year, to take care of situations like this, we have added extra days in to the calendar. This has been something we’ve never had to worry about here.”

Meadowview Christian Academy headmaster Renee Callen said her school will be adding two days to the end of the school year.

DiChiara said the ability for schools to add additional hours to school days instead of adding days to the school year has been a blessing.

“In order to make those days up, they used to have to cut in to a spring break or summer break,” DiChiara said. “But now, we’ve been given the freedom to work the schedule like this, and that is a wonderful thing.”