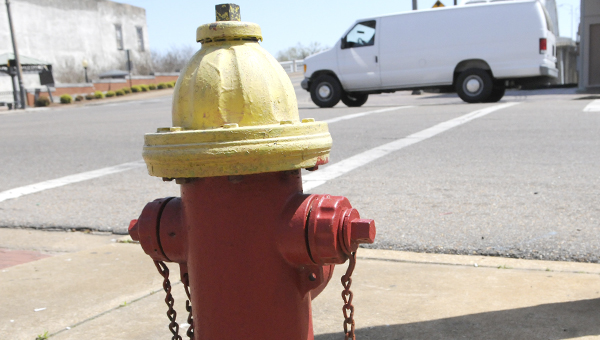 Officials with the Selma Water Works are proposing a plan to replace all of the city’s fire hydrants. — Josh Bergeron

The Selma Water Works and Sewer Board aims to replace approximately 140 fire hydrants by early 2015.

Since beginning the process 10 years ago, the water board has steadily replaced hydrants between other projects, according board member Lee Goodwin. Goodwin, the former chairman of the board, said approximately 140 hydrants remain.

“When we first started working on it we would buy 150 or so every couple of months,” he said. “When the water board didn’t have a whole lot of work to do or water line breaks, they would work on installing hydrants. So far, we have done a little better than half of the city.”

Mayor George Evans, who serves as the board’s superintendent, said the hydrant installation should be complete by February 2015. The board plans to install 10 to 12 hydrants per month, dependent on other, emergency projects and weather conditions.

Aside from simply having new fire hydrants, the replacements will also boost safety for residents of the city, according to Fire Chief Mike Stokes.

Stokes said the city’s older hydrants are outfitted with a specific, thread named for Selma. When other departments assist with fires in Selma, the specific thread can make connecting to hydrants difficult, he said.

The newer hydrants are outfitted with a nationally standardized thread.

“Somebody from any other jurisdiction can come to Selma and be able to hook up to our hydrants in the case where we have a big event and need to call other departments in,” Stokes said.

Stokes said the newer hydrants should also be more reliable in emergency situations. He said internal parts in hydrants are replaceable, but installing completely new hydrants will address two issues at once — the nationally standardized thread and problems resulting from age.

“It’s just like anything,” Stokes said. “Just like at your house, with a drippy faucet, it’s got to be repaired.”

Though both collaborate on projects, Selma Water Works and city government are independent entities.

Days leading up to health insurance deadline are busy