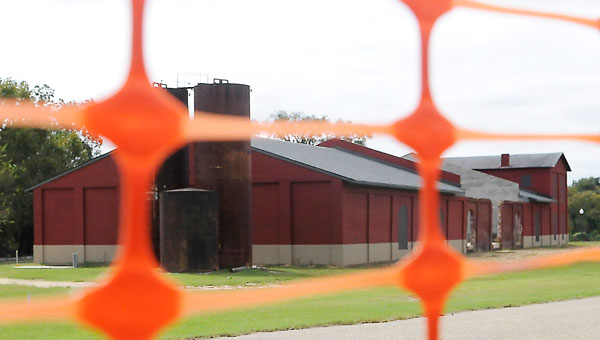 The City of Selma approved a contract with a new architectural firm to lead the completion of the Riverfront Amphitheater project. (Josh Bergeron | Times-Journal)

After months of setbacks, the Selma Riverfront Amphitheater may finally have a completion date — December 2014.

Tuesday, the Selma City Council approved a $78,000 proposal from Atlanta architecture and design firm Harris and Smith. The proposal includes design, development, bidding and construction contract administration. The proposal states that Harris and Smith will keep the total cost under $850,000 — the amount of city funds and grant money currently set aside for the project.

The project sets an estimated final completion date of Feb. 16, 2015. Though, Evans cited an expedited process stated in the proposal when discussing the completion date — Dec. 15, 2014.

“There may be some minor work that will still need to be completed, but we should have the amphitheater open to the public by the end of the year,” Evans said.

With the expedited process, multiple phases of construction will run concurrent with each other, according to the contract.

The amphitheater will include a stage with a canopy, lighting, concrete stage and other features such as a loading area and audiovisual room, according to the contract.

Councilman Cecil Williamson said the final completion date is an exciting prospect for the city, with several important historical anniversaries approaching in 2015.

“It will bring in increased people, allow us to put on public performances and, in turn, generate increased tax revenue,” Williamson said. “I think it will be a catalyst for developing Water Avenue.”

The newly approved proposal comes after Evans publicly expressed his discontent with Davis Architects, which has offices in Birmingham.

Up until Tuesday’s contract approval, Davis had been the project’s architectural firm.

“Some things just aren’t going like they should,” Evans said during Tuesday’s meeting.

The city officially broke ground on the amphitheater in August 2012. Construction officially began on Aug. 24, 2012.

One year later, in October 2013, a bidding error put a hold on the amphitheater.

The Selma City Council voted to reject all bids on the amphitheaters second phase because the bid contract listed an incorrect dollar amount for the insurance policy on construction.