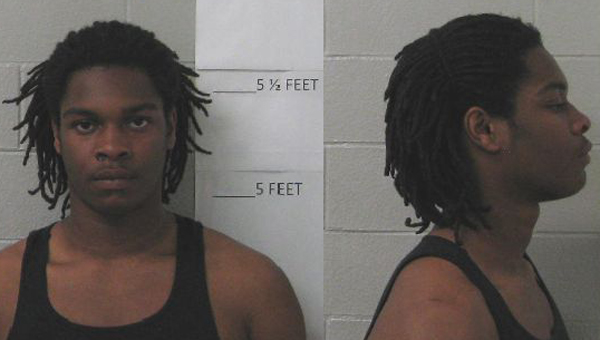 A teenage Selma resident is facing an attempted murder after a Friday night shooting.

Alfred Parnell, 18, is facing an attempted murder charge and drug-related charge after allegedly chasing three females, who were in their twenties, on foot while shooting at them at the intersection area of Memorial Avenue and Lauderdale Street late Friday night. Parnell is currently being held in the Dallas County Jail with no bond.

“Two of the victims were able to flee, but the third female fell during the chase, and Alfred Parnell caught her when she fell, held a black handgun over her while laying on the ground, screaming and begging him for her life,” Lt. Curtis Muhannad wrote in a press release. “As she continued to beg for her life, Alfred Parnell fled from the scene.”

After speaking with the victims and witnesses, Selma detectives and officers received information that Parnell was at a residence on the 2100 Block of Church St. and detained Parnell, according to Selma Police.

Parnell was found at the Church Street residence where they also uncovered a Black 9mm Hi-Point Semi-Automatic handgun and the shirt Parnell was wearing during the shooting. He also still had on the pants that victims and witnesses identified to officers as clothing he wore during the shooting, Muhannad wrote in the press release.

Parnell was charged with second-degree possession of marijuana after a “baggie” was found on him during the search warrant.

“Parnell may be facing other charges relating to this shooting,” Muhannad wrote in the press release.